Advertisement
Home / Jharkhand / Parking fees to be slashed in Ranchi

Parking fees to be slashed in Ranchi 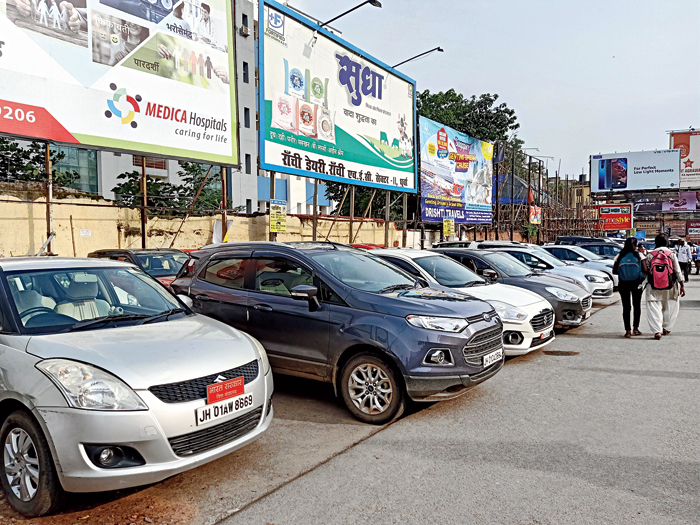 In a move to ensure better compliance, Ranchi Municipal Corporation (RMC) has decided to reduce parking fees by 50 per cent at all parking bays.

“Existing parking fares will be reduced by 50 per cent. We will also increase the time limit for parking. These decisions have already been taken. A formal notification would be issued in a day or two,” said RMC CEO Manoj Kumar, adding that the idea was to encourage people to use authorised parking bays instead of parking their vehicles in front of shops and cause traffic congestion.

According to sources in the RMC transport wing that manages parking lots, the new rates would be introduced at all the 30-odd parking bays across Ranchi, including 18 parking bays along Main Road. Most parking bays are along roads and have been auctioned to private parties.

“Private agencies that have won rights to collect fees at various parking bays have been asked to introduce the new rates as soon the official notification is issued in a day or two. We hope that after the introduction of the reduced fees the problem of illegal parking would be resolved to a great extent and Main Road will remain free of traffic congestion,” said an RMC official.

Another senior official said the RMC had plans to introduce POS machines at parking bays.

“We would like private parties managing parking bays to have POS machines to enable ease of payments. However, it will take some time,” said RMC official.

“This is good news at a time when steep fines are being imposed for traffic violations. The new fees won’t pinch pockets and will encourage people to park in designated spots without having to worry about bike thefts,” said Rajesh Sharma, a cloth trader in Upper Bazaar.