On Day One of Dhanbad no-entry rule, traffic crawls for hours 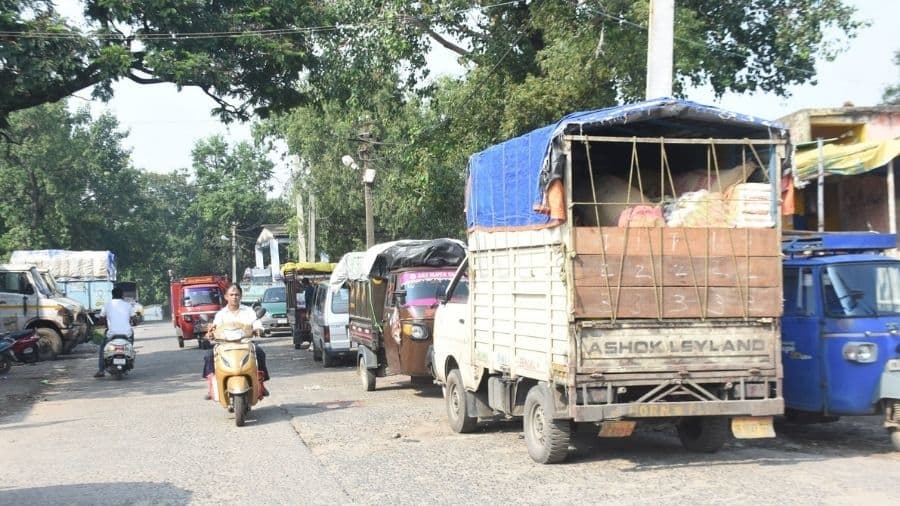 Dhanbad's experiment with banning passenger buses and heavy vehicles from city limits to ensure snarl-free roads got off to a rocky start on Friday with several areas reporting traffic jams for reasons of flooding and poor road conditions.

Traffic crawled, and at times was static for an hour, at Rangatand Chowk  due to water logging of the underpass beneath the railway over bridge called Gaya bridge.

Residents claimed more than a thousand vehicles were caught in the traffic jam for more than two hours despite the best efforts of a large number of policemen who had been deployed through the day.

A motorcyclist said, "Nothing is going to change with regard to the traffic situation in Dhanbad unless the narrow underpass beneath the the railway over bridge is broadened and comprehensive repairs of the existing stretch is carried out.”

Bus owners,  who held a meeting at Rangatand, claimed that even though  buses did not ply in the town during  day time, there were snarls. They pinned the blame on auto rickshaws that occupied the space vacated by  the closure of the  station road  bus stand.

Bus owners said they would request Dhanbad deputy commissioner Sandeep Kumar to reconsider the decision to close the station road bus stand as livelihoods of hundreds of people working there as booking clerks and managers were at stake.

Small traders and retailers also questioned the logic behind a new rule with regard to loading and unloading of goods in shops only during the night from 11pm to 8 am. They said the new rule violated  existing covid norms as per which all shops are to be closed after 8pm.

Prabhat Surolia, president of Bank More Chamber of Commerce, said “Although we have no problem with the ban on  buses and heavy vehicles, meant to ease traffic congestion, we oppose the loading and unloading rules.

"As the loading and unloading time for goods by small vehicles has been fixed from 11 pm to 8 am it will cause shortage of even essential goods as no trader will be able to open his shop for loading of goods during night."

Residents of Jharia, however, welcomed the move to ban buses to ease traffic congestion. A delegation of  residents  met Kumar Tarachand,  ADM (law and Order),  to thank the district  administration for the new traffic rules that led to no entry of coal-laden tipper trucks that cause pollution in Dhanbad.