Identity of the dead unknown; cause of death a mystery to police 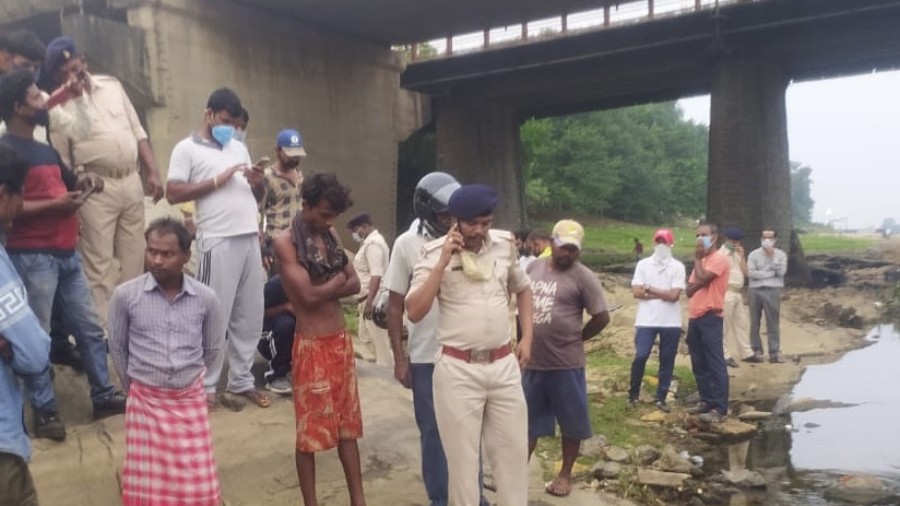 The body of a 22-year-old newly-wed woman was found lying on a sandy patch along the Subarnarekha river beneath Jai Prakash Narayan Setu in the Sitaramdera police station area early on Sunday.

Police are unsure about the cause of death as there are no marks of any injury on her body.

The woman had put on a red sari, had a tattoo on her left hand and was wearing a pair of anklets.

Her body was found by slum dwellers who had gone to the river for a bath around 6am.

The officer in charge of Sitaramdera police station, Anjani Kumar Singh, let the body remain at the spot till 11am, expecting someone to turn up to identify it. However, no one came. Thereafter, the body was shifted to MGM Medical College Hospital for a Covid-19 test and then to the medical college for post-mortem.

“We are unsure about the cause of death after a preliminary investigation. It appears that someone may have dropped the body at the spot after strangling her somewhere else. We have to wait for the post-mortem report to find a cause,” Singh told The Telegraph Online.

Singh added that the police were trying to procure footage from the surveillance cameras installed on either side of the bridge.