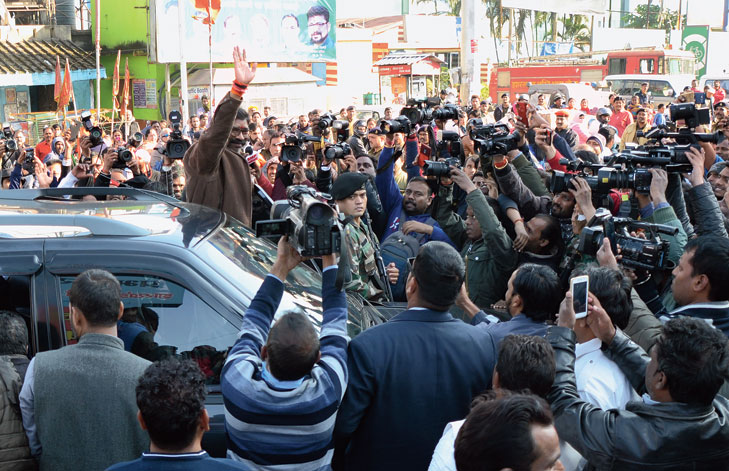 The ceremony will be held at the Morabadi ground in the capital, which is being decked up for the big day.

Some formers CMs including H.D. Kumaraswamy of Karnataka, N. Chandrababu Naidu of Andhra Pradesh and Harish Rawat of Uttarakhand will be attending the event as will prominent faces from the fields of industry, art and literature, Bhattacharya said.

The JMM leader said Narendra Modi had also been invited but owing to his busy schedule the Prime Minister had expressed his inability to attend. “The Prime Minister has promised that he will come to Jharkhand at a suitable date and our government will welcome him in a grand way whenever he comes,” Bhattacharya said.

Rajya Sabha deputy chairman and JDU MP Harivansh will take part in the oath taking ceremony. He has been closely associated with Jharkhand and had helmed a leading vernacular daily published from Ranchi for many years.

Asked whether Bihar chief minister and JDU chief Nitish Kumar would attend, Bhattacharya said: “The invitation has been sent to him but there has been no response till now. We hope that Nitish ji, who has been a great supporter of democratic values, will come to take part in an event which would be a kind of national canvas.”

The CM-designate spent Friday meeting people who had turned up in large numbers to wish him success.

He also posted two tweets in Hindi, urging visitors to bring books for him instead of flowers.

“Friends, I am overwhelmed by the love and respect of people of Jharkhand. I want to make a request with folded hands to you that instead of giving me bouquets give me books which are full of knowledge. I feel bad when I fail to keep flowers properly,” he said in the first tweet.

The second tweet, also in Hindi, said: “You write your name on the book and I will make a library using these books and your gift filled with love will always help in enriching our knowledge.”

JMM’s Bhattacharya said Hemant was a bibliophile: “I have seen him reading different kinds of books on several occasions. He also has a special love for books related to the field of engineering.”

Hemant did his BTech from BIT, Mesra.