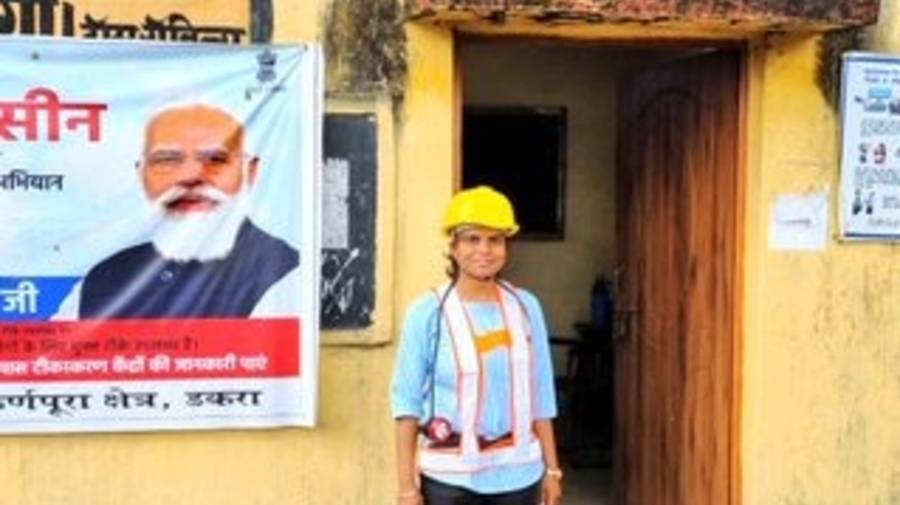 Breaking the gender stereotypes, Akanksha Kumari, a 25-year-old mining graduate from BIT Sindri has earned the distinction of being the first woman in the history of Coal India to be working in an underground mine. On August 30, she was officially posted in Churi underground mines in North Karanpura area of the Central Coalfields Limited (CCL), the public sector undertaking made a formal announcement on Tuesday.

In Ranchi, where CCL is headquartered, the official stated that while several woman employees of the PSU have been shouldering the responsibilities ranging from officer to doctor to security guard and even running heavy machines like dumper and shovel, but this is the first time when the core mining activity sector in one of the biggest coal mining company is witnessing a progressive change.

“The enormity of her achievement can be gauged by the fact that Akanksha is the second mining engineer in the Maharatna Conglomerate Coal India Limited and the first one to work in an underground coal mine,” stated CCL in a statement.

A resident of Barkagaon in Hazaribagh district, Akanksha completed her schooling from Navodaya Vidyalaya. She said that hailing from the mining belt, she witnessed coal mining activities from close quarters and was enamoured by it since her childhood. “I developed a natural inquisitiveness towards mines and its activities since childhood, which encouraged me to opt for mining engineering at BIT Sindri in Dhanbad. I graduated in 2018. On August 25 this year, I formally joined CCL (HQ) and was posted in underground mines yesterday,” she said over phone.

Before joining Coal India Limited, she worked for three years with Hindustan Zinc Limited’s Balaria mines in Rajasthan. “None from my family has a background in the mining and coal sector but I thank them for their unflinching support that helped me follow my dreams,” she said.

CMD CCL P.M Prasad on the other hand maintained that the women in the country are daily scaling new heights and bringing laurels in various fields. “Through her hard work Akanksha has not broken gender stereotypes but she will also motivate a new generation of girls to follow her and break more glass ceilings,” he said.