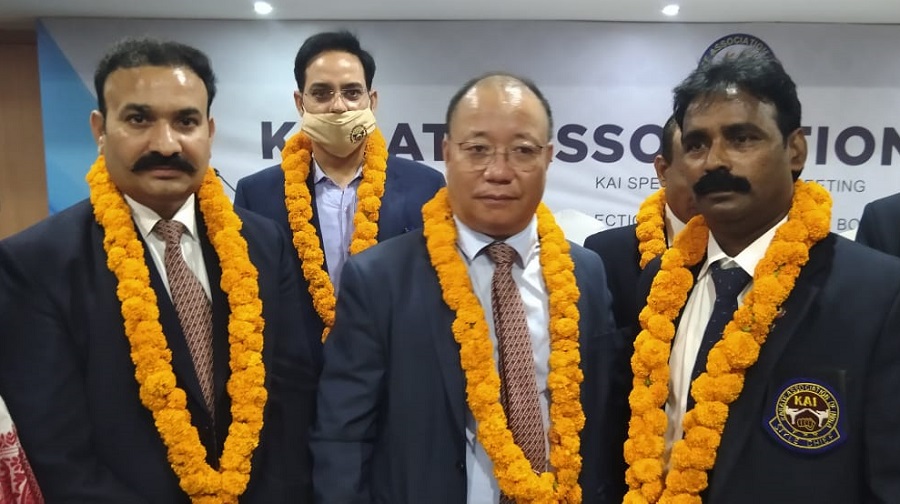 Steel city-based veteran martial art mentor Kyoshi L. Nageshwar Rao has been elected as the joint secretary of Karate Association of India (KAI) at the elections held in Guwahati, Assam on October 23.

Rao, an employee of Tata Steel sports wing and secretary of Jharkhand State Karate Do Association (JSKA), has been instrumental in channelising the sport across the state.

The KAI election was conducted in a free, fair and peaceful atmosphere under the observance of former judge of Guwahati High Court B.P. Katakey and senior advocate of Supreme Court T.T. Tara. Affiliated members of KAI from 30 states participated in the polls whuch was held as per orders and guidelines of ministry of sports ad youth affairs.

“I would try my best to contribute for the development of karate across the country. I am sure that KAI will prosper and reach new heights under the leadership of the new president who has the ability to bring all karatekas under one roof,” Rao said, adding that he was happy to contribute to the cause.

Rao, a black belt, has honed his skills under experienced mentors, in India as well as in Japan. He has also acted as the manager of the national team and is in coaching for nearly three decades. He has produced several karatekas who have won medals in national championship. He is a well-known figure in the city’s sports fraternity.

Participants of the national karate championship wll be provided free lodging and fooding during the event, the newly-elected KAI president announced. The dates and venue of the event would be announced in due course of time.