Armed rebels flee after being outnumbered by security forces, alert isued across state 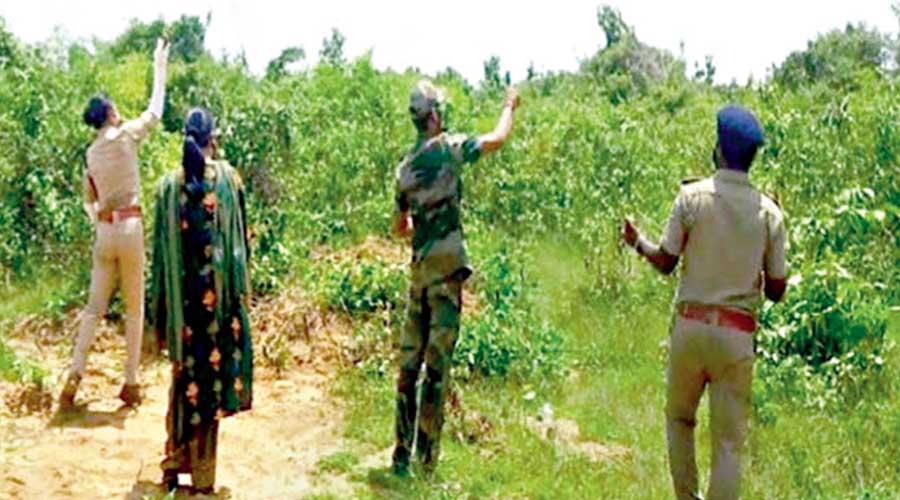 Security personnel averted an attack on a police camp by armed CPI (Maoist) rebels in the early hours of Monday at Kochang block of Khunti district, about 50 km south of Jharkhand capital Ranchi, police said, claiming that the attempt may have been planned as a mark of protest against counter-insurgency initiatives.

Khunti SP Ashutosh Shekhar said about five to six armed rebels tried to enter a police camp at Kochang after Sunday midnight to paste a CPI (Maoist) poster threatening bandh. The rebels opened fire after being stopped by police. The police had to retaliate with counter-firing, he added.

Police sources said the rebels were armed with modern guns, but they had to retreat as they were outnumbered by security personnel. Security has been beefed up at police camps and potential targets of the rebels in Khunti and other Left Wing Extremism-affected districts following the encounter.

The outlawed CPI (Maoist) rebels have become active in Jharkhand after the arrest of CPI (Maoist) central committee politburo member Prashant Bose and his wife Sheela Marandi in Saraikela on November 12. The insurgents blew up railway tracks in Chaibasa and Latehar districts of the state in the past 48 hours, disrupting railway services.

As many as 26 CPI (Maoist) rebels died in an encounter at Gadchiroli in Maharashtra on November 14. The CPI (Maoist) had called for a bandh on November 27 in five states _ Maharashtra, Andhra Pradesh, Chhattisgarh, Telangana and Odisha – against the Gadchilori shootout. Even though Jharkhand wasn't included in the bandh, the rebels had warned of violence in the state.

The group has also demanded the release of Prashant Bose and Sheela Marandi, who are currently being questioned by police from different states and the National Investigation Agency (NIA) at Saraikela Jail. The duo is likely to be moved to Hotwar jail soon for security reasons, police sources in Jamshedpur said.