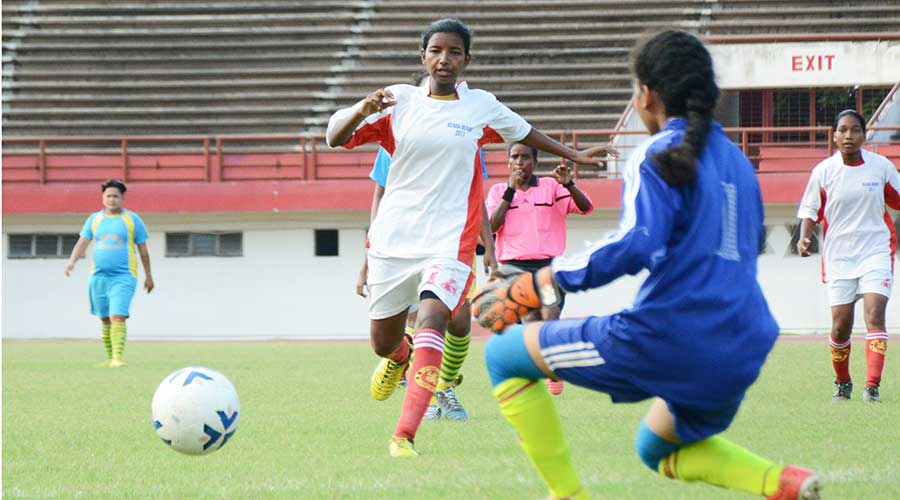 The All India Football Federation is once again looking at Jharkhand for hosting women's team national preparatory camps for the FIFA Under-17 World Cup and AFC Asian Cup, to be held in the country next year.

The under-17 preparatory camp was scheduled in Jharkhand in October last year but was postponed due to the pandemic. Later the AIFF, along with the under-17 camp, also included one for the AFC Asian Cup earlier this year, which also met the same fate for similar reasons.

Ranchi will be the preferable venue for the camps and Jamshedpur could also be in the reckoning.

"The AIFF is in talks with the state government regarding the programme for the camps, which could be lined up sometime in August. The Covid should wane out in Jharkhand by that time. But things would only make headway if the Covid-related situation actually improves," an official at Jharkhand Football Association said on condition of anonymity.

The AIFF will organise the camps after approval from the ministry of youth affairs and sports. But, before getting the approval, the national body wants to do the spade work by holding talks with the Jharkhand government.

JFA president Nazm Ansari confirmed the development. “The AIFF has initiated talks with the Jharkhand government. The camp was scheduled earlier this year but could not be conducted owing to the pandemic," he added.

The AIFF will first get the campers vaccinated before conducting the camps.

Chief minister Hemant Soren was very keen to host the camps in Jharkhand when it was supposed to be held earlier this year.

The expenses of the camps would be borne by the state  government while AIFF and JFA would be extending technical support. The camo would be conducted under the supervision of Sports Authority of India (eastern centre).

Eight footballers from Jharkhand are on the list of probables for the under-17 World Cup.

The Indian senior women's team had gone for exposure trips to Turkey and Uzbekistan earlier this year. They played five international friendlies following which their preparation for the Asian Cup was stalled by the second wave of the pandemic.