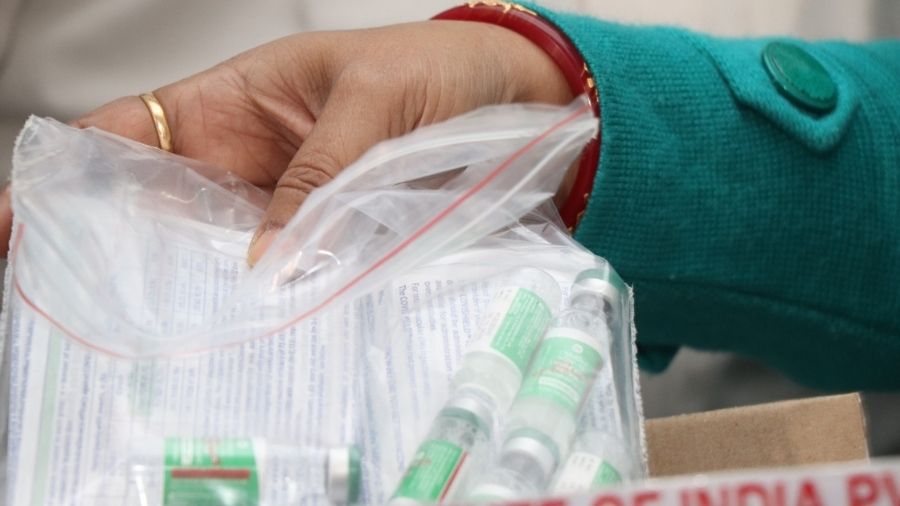 The Jharkhand government aims to set up at least one vaccination centre at each of the 4,562 panchayats in Jharkhand, officials said on Tuesday.
File picture
Our Correspondent   |   Ranchi   |   Published 16.03.21, 04:59 PM

The health department has set a target of vaccinating at least 10 lakh rural residents against Covid-19 during a weeklong panchayat level immunisation campaign from March 20 to March 27 in Jharkhand, officials said on Tuesday, adding that community health centres (CHCs) and primary health centres (PHCs) in villages would double up as jab sites during the campaign.

According to National Health Mission (NHM), the special vaccination drive will be run on March 20, March 21, March 23, March 24, March 26 and March 27. As a part of the campaign, the government aims to set up at least one vaccination centre at each of the 4,562 panchayats in Jharkhand, officials said.

“The PHCs and CHCs will mostly double up as vaccination centres during the campaign. The objective behind the drive is to speed up vaccination at the rural level as people living in the villages were not as prompt as urban residents in getting the jabs in Jharkhand,” said state NHM director Ravi Shankar Shukla.

State health secretary K.K. Soan has directed officials in all 24 districts to identify senior citizens and people who were above the age of 45 years and suffering from comorbid conditions for the vaccination programme. The beneficiaries will be informed in advance about their date of vaccination and provided details of the vaccination centre where they can get the jab for free, health officials said.