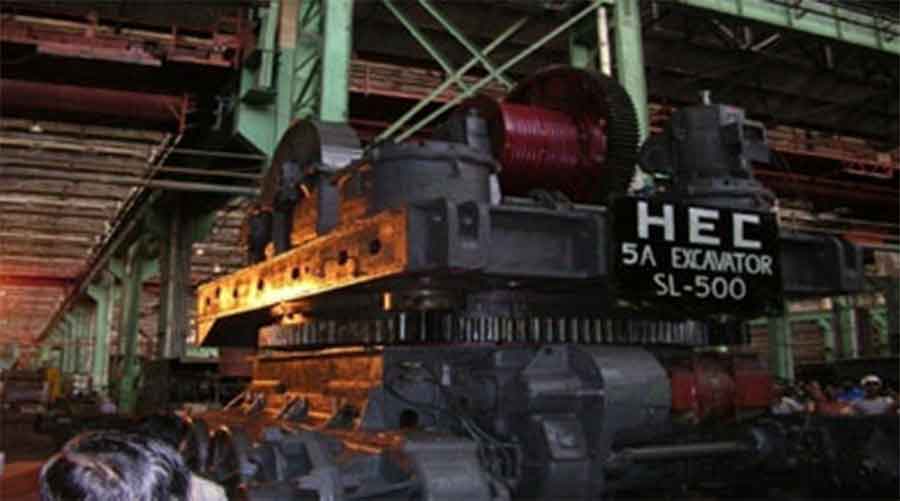 Ranchi: Work resumed at the Heavy Engineering Corporation (HEC), a public sector undertaking after 40 days, with the trade union formally announcing the end of the tools-down strike.

The development comes as a respite for the five-decade old company which has been battling a financial crunch. And was grappling with uncertainty to comply with the pre-assigned orders from different entities in the country, with the union leaders declaring a strike for non-payment of dues.

The strike began on December 2, 2021. The company had several rounds of negotiations with the workers, who refused to work till their wages were cleared.

Ramgarh: Santosh Kumar, a 27-year-old resident of Chatak, which falls under Dulmi block of Ramgarh, was trampled to death by herd of elephants.

The youngster was by the riverside to relieve himself when the elephants crushed him to death. The villagers came to know about the on Wednesday morning. Following which Rajrappa Police and Forest Department were alerted.

Local MLA Mamta Devi said, “The forest department and the administration should work together to bring an end to this man-animal conflict. Immediate relief and compensation needs to be provided to the family.”

“The first deficiency is related to 20% shortage of faculty members in medical college while and second was 27% shortage of resident doctors,” described Singh in his letter.

Notably MBBS seats were increased from 50 to 100 in 2013 at SNMMCH and the seats were again decreased to 50 in 2017 as State government failed to address the deficiencies pointed out by MCI in its inspections.