In Jamshedpur, the players would practice at the JRD Tata Sports Complex utilising the state-of-the-arts facilities for football created in view of the Indian Super League 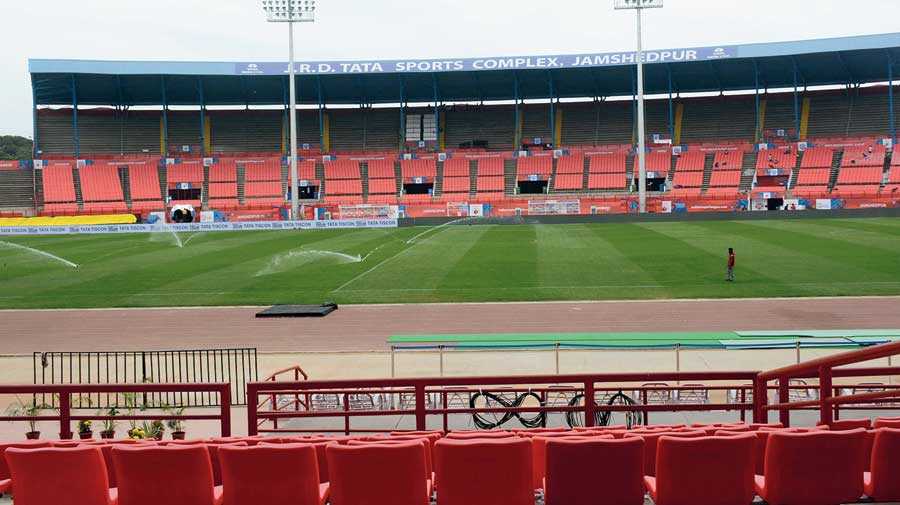 Jharkhand capital Ranchi and Jamshedpur will jointly host the national preparatory camp for the under-17 women’s World Cup team from mid-October in a phase-wise manner.

State sports department, after getting a nod from chief minister Hemant Soren on Saturday evening, has intimated the same to the Sports Authority of India (SAI) and All India Football Federation (AIFF) general secretary Kushal Das.

“Jamshedpur would host the first leg of the national preparatory camp for FIFA Under-17 Women’s World Cup tentatively scheduled from October 15 till November end by which the physical upgradation works for accommodation of trainees (at Khelgaon near Hotwar in Ranchi) and ground preparation work (at Morabadi in Ranchi) would be completed. Thereafter the camp would shift to Ranchi. A joint team from SAI and state sports department had already expressed satisfaction at the infrastructure in Jamshedpur,” said state sports director Anil Kumar Singh.

Significantly, a four-member team from SAI had inspected the facilities at Ranchi in July and given suggestions on the infrastructure to be required both at the ground and at accommodation front in view of the standard operating procedures prepared for the camp due to the Covid-19 pandemic.

“There were some procedural delays in finalisation of schedule of rates for physical upgradation works in Ranchi which delayed the actual commencement of work. Till that time when everything is ready in Ranchi we have decided to conduct the national camp in Jamshedpur. We were awaiting CM’s nod which we got on Saturday evening,” said a close aide of Soren.

AIFF general secretary Das who is assisting as an expert to SAI for hosting of the FIFA football tournament after AIFF was temporarily derecognised by the Union sports ministry earlier this year, confirmed of the camp commencing from October 15.

“We have picked Jharkhand as the venue for the camp as they were eager to host the camp and their chief minister Hemant Soren has assured full support,” said Das.

The U-17 Women’s World Cup, which was scheduled for November 2020, was postponed because of the Covid-19 pandemic and the tournament is scheduled to be held from February 17 to March 7, 2021 in five cities of Ahmedabad, Bhubaneswar, Guwahati, Calcutta and Navi Mumbai.

At the moment, eight footballers from remote villages of Jharkhand who are in the national probable have been accommodated in the Birsa Munda Stadium hostel at Morabadi with government looking after their accommodation, food and training on the directive of the state chief minister Hemant Soren (who also holds the sports portfolio) following media reports of their poor diets in their villages in July.