Tata Steel organises most of the functions comprising sports, quizzes and plantation drives for communities across all its operating locations 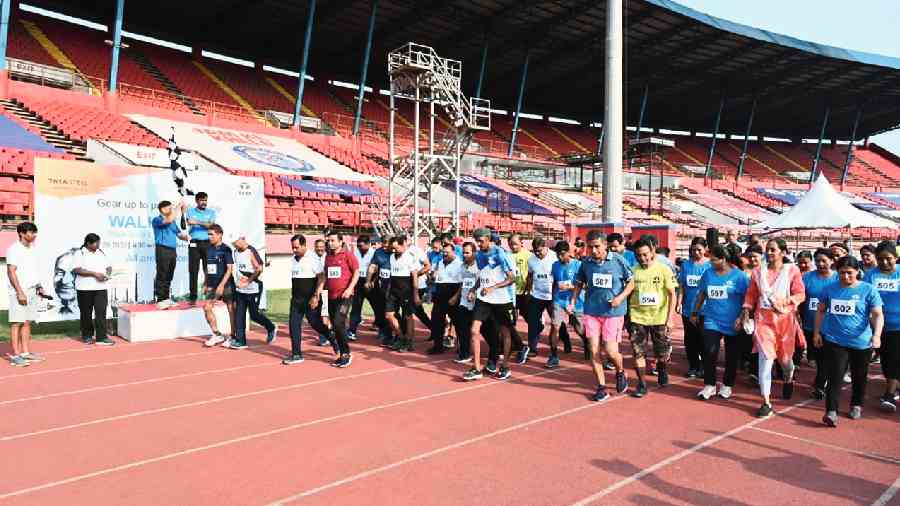 A number of events were held in Jharkhand and Odisha to mark the 118th birth anniversary of JRD Tata, the longest-serving chairperson of Tata Sons and the only Indian industrialist to receive the Bharat Ratna till date.

Tata Steel organised most of the functions comprising sports, quizzes and plantation drives for communities across all its operating locations.

The day began with Ruchi Narendran, wife of CEO and MD of Tata Steel T.V. Narendran, paying homage to JRD at Tata Steel-owned Sonari airport in Jamshedpur along with other dignitaries.

The celebrations were organised in hybrid mode wherein employees paid both in-person and virtual homage through the company’s intranet at various other company locations.

Given JRD’s lifelong love and support for sports, the employees and cadets of Tata Steel-run sporting facilities along with other stakeholders across all locations participated in activities such as walkathon, badminton, athletics, archery, football, karate and volleyball.

A run was organised at Kalinganagar and Gopalpur in Odisha and Jamadoba in Jharkhand. Football tournaments were held in different company locations in Jharkhand and Odisha for boys below 17 years and girls below 16 years.

football tournament for under-14 boys at Agrico ground in Jamshedpur wherein senior office-bearers of Tata Workers’ Union were also present.

Quiz competitions for school children were organised in five locations, including one of the villages in Odisha’s Meramandali.

Sit-and-draw, essay writing and painting competitions were organised in Sijua at Jharia division for village youths while plantation drives were held at Kalinganagar (Odisha), Meramandali and Noamundi (both in Jharkhand).

The company also distributed aids and appliances to over 30 leprosy patients at SPARSH Centre, Jamadoba. A multi-specialty health camp was also organised at Dudhbila village by Tata Steel Hospital, Noamundi.