Hazaribagh, along with Koderma, Ranchi and Khunti will vote in the fifth phase of elections on May 6 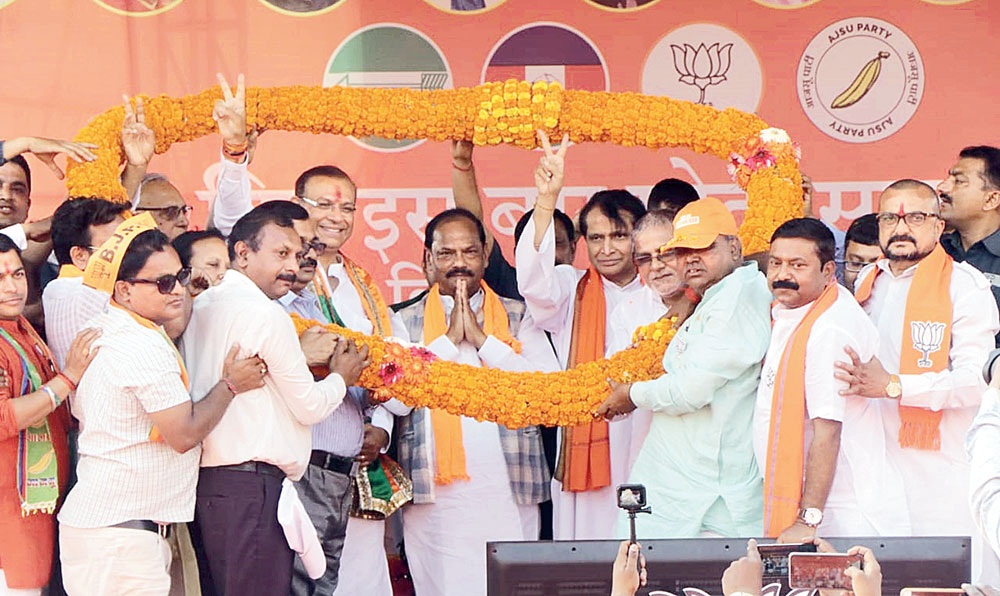 Union minister of state for civil aviation and sitting MP of Hazaribagh Jayant Sinha filed his nomination papers from Hazaribagh on Wednesday and appealed to voters to elect him again so that he gets another chance to serve the people of the state.

Sinha was accompanied by Union commerce minister Suresh Prabhu, who arrived in Ranchi at 1pm and flew to Hazaribagh with chief minister Raghubar Das. Among the others present were party MLAs Raj Sinha and Anant Ojha, besides other senior leaders.

Hazaribagh, along with Koderma, Ranchi and Khunti (ST) will vote in the fifth phase of elections on May 6.

Later, the leaders addressed a rally of around 12,000 BJP supporters at Matwari ground in the heart of Hazaribagh town.

“Jharkhand has witnessed tremendous development under the leadership of chief minister Raghubar Das in the last four and half years. Jharkhand is one of the fastest developing states of the country,” said Prabhu.

CM Das highlighted the achievements of his government and that of PM Narendra Modi. “Under the leadership of PM Modi, a number of welfare projects were successfully launched which changed the lives of the poor. We ensured toilets in each household. Houses for poor were constructed and we ensured that not a single house was left without electricity. Pradhan Mantri Ujjwala Yojana and Ayushman Bharat schemeds brought change in the lives of the poor,” Das said.

He said Hazaribagh had got a new medical college. “You can compare changes your MP brought in your constituency right from good roads to energy. He deserves your vote,” said Das.

Jayant said that as an MP he remained connected to people. “I always considered myself as a servant of the people. I stayed with my people. You are my strength and I seek your blessings,” he said.