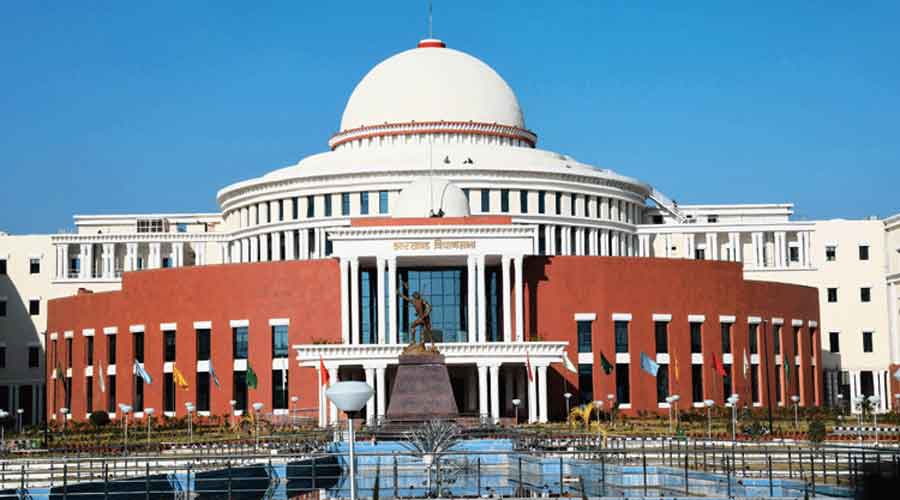 The illegal mining issue rocked the ongoing budget session of the Jharkhand Assembly on Tuesday.

Independent MLA from Jamshedpur East, Saryu Roy, raised the issue of granting consent to operate (CTO) for stone quarries and crushers across the state after cancellation of the same following directive of the National Green Tribunal.

“The Jharkhand State Pollution Control Board (JSPCB) had cancelled the CTO of stone quarries and crushers across the state under the order of the NGT. The CTO was cancelled on the grounds of violation of the conditions of environmental clearance.

“A total of 69 crusher plants were closed across Jharkhand. However, later 23 crusher plants were opened. We would like to know for violation of which rules their CTO was cancelled and which rules were abided that 23 were allowed to operate again,” said Saryu, who had joined hands with four other MLAs (two AJSU and two Independents) to form a separate front.

The former BJP leader demanded the formation of a committee of the legislative Assembly to probe into the issue.

However, the state tribal affairs and transport minister Champai Soren, who is in charge of the mining department in the Assembly, replying to the query said: “The government department has its own way of doing work. There is no question of forming any committee for the issue.”

After Soren’s reply, Saryu Roy, supported by AJSU and even BJP lawmakers, started protesting and came to the well of the Assembly stating that the minister was giving wrong and misleading answers and wanted to pass a breach of privilege motion against the cabinet minister for misleading the House and were adamant on probe by an Assembly committee into the issue.

Later in the day, Roy again cornered the government for delay in extension of 231 mining leases for the last two years which he claimed had caused a loss of Rs 350 crore to the state exchequer.

“The government should clarify who is to be held responsible for the loss of Rs 350 crore to the state exchequer for delay in awarding mining leases. Why did not the government complete the auction process of 231 mining leases in last two years,” said Roy.

Agriculture minister Badal Patralekh said the process of 231 mining leases will be completed by March 31, 2022. So far 45 tenders have been completed by the government. One hundred and fifty tenders are on the verge of being published. 36 mining tender work is being investigated.

Patralekh said the auction was not done because of the Covid pandemic.

Hussainabad Independent MLA Kamlesh Singh raised the issue of loss of revenue due to illegal mining by stone crushers in his constituency.

He said that the matter was raised in the last session also, but nothing happened.

Patralekh, replying to Singh’s statement, said that physical verification of some storage sites has been done and the district mining officers are investigating the storage of the remaining companies. After checking the storage sites of M/s Riddhi Siddhi and Gautam Enterprises and finding violation, they have been showcaused. The minister further replied that the government will not tolerate the loss of revenue and all stone crusher units’ investigation would be completed within a month.

BJP MLA Bhanu Pratap Shahi raised the issue of two dozen villages being submerged due to the Sone River erosion. Bhanu Pratap said that he has raised this issue several times in the House.

“Since 2000, nearly eight villages have been submerged in the Sone river. If the government does not have the funds, then make an inquiry committee headed by the chief engineer and prepare a report and send it to the Centre and demand the amount,” he said.

On this, the minister-in-charge Mithlesh Thakur said that the anti-erosion committee is investigating. After the investigation, the damage assessment will be done and embankments will be built at the possible places.