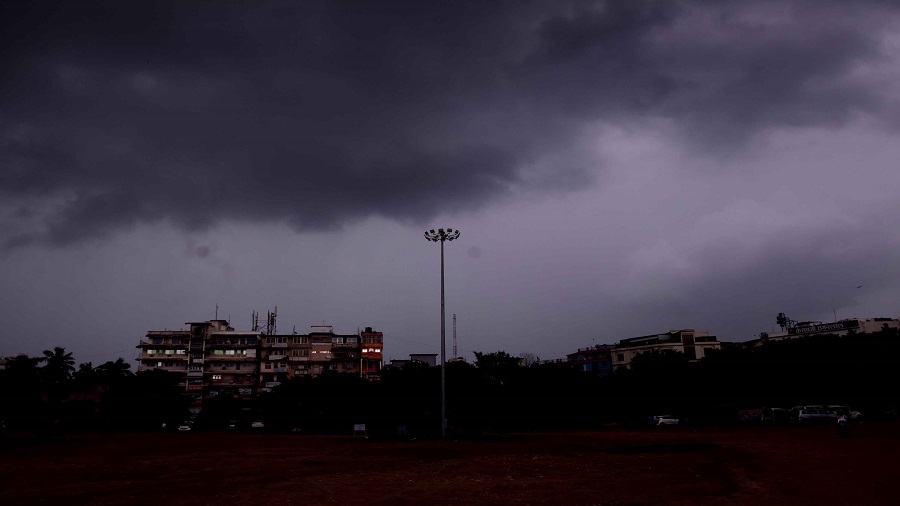 After two days of sultry weather, there seems to be some respite in sight with weathermen pointing to heavy showers in the next 48 hours.

On Wednesday afternoon, IMD’s Ranchi and Patna Met centres issued a heavy rain alert in southern, western and central Jharkhand during the next two days due to the impact of a low-pressure zone brewing over the Bay of Bengal.

Satellite pictures indicated the formation of a low-pressure area over North West Bay of Bengal with an associated cyclonic circulation extending up to 7.6km  above mean sea level. "The low-pressure zone is likely to convert into a depression during the next 24 hours. This will trigger heavy rain in isolated places over Jharkhand during the next two days," said S.D. Kotal, director of Ranchi Meteorological Centre.

According to Kotal the monsoon trough was also passing through Daltonganj.

Southwest monsoon activity was normal over Jharkhand during the past 24 hours. Light to moderate rain was reported from various places. Capital Ranchi recorded the highest rainfall of 71.6 mm.

A weather analyst at IMD’s Patna Meteorological Centre said the expected shower show during the next two days would help reduce the state’s rain deficit.

So far, since the onset of monsoon, Jharkhand has received 615.9 mm rain against a normal of 713.7 mm, a deficit of 14 per cent. In Met parlance rain deficit of up to 19 per cent is considered normal.

Ramgarh, Palamau, Latehar, Koderma, Dumka and East Singhbhum have achieved surplus rain so far, while the rest of the 18 districts including capital Ranchi still figure in the deficit list.

Last year, during this time of the season, Jharkhand was facing a rain deficit of 32 per cent, revealed Met data. "This year, the situation is much better in terms of rainfall distribution. We are expecting more than normal rain in Jharkhand in August. The current spell of rain will help reduce the deficit figure in Jharkhand," said a weather official at IMD's Regional Meteorological Centre at Alipore in Calcutta .