General physicians, gynaecologists, orthopaedics available between 10am to 5.30pm 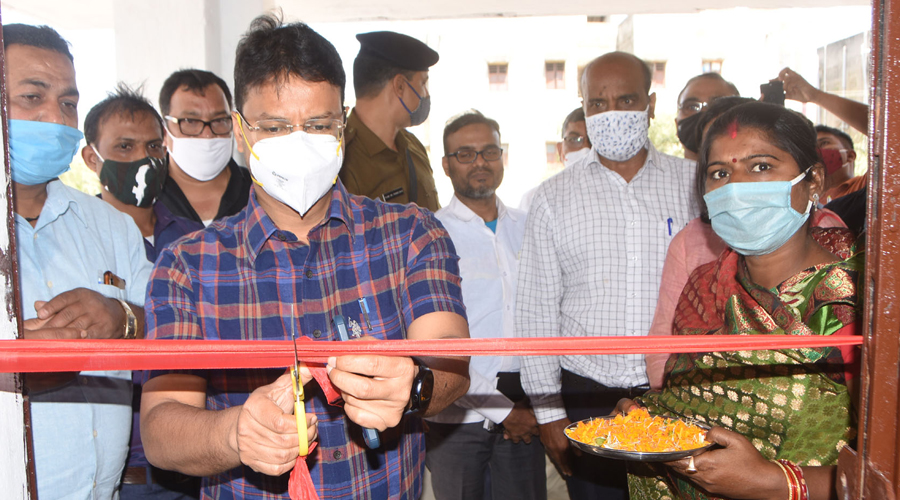 A well-equipped health centre was launched on Monday at Jharia Vihar Colony of Belgarhia to address the health care needs of around 5,000 families of 595 underground fire-affected sites, who have been rehabilitated in the colony since March 25, 2010.

The centre is launched on a temporary basis for 5-6 months in two residential quarters of Phase I of Jharia Vihar Colony. It will offer OPD service from 10 am to 5 pm with the consultancy of general physicians, gynaecologists, orthopaedics, etc.

Dr Durga Patwari provided medical consultancy on the inaugural day and she will offer her services for the next two days as well. This, apart from several other doctors as per the detailed schedule prepared by the Jharia Rehabilitation & Development Authority (JRDA), will be available at the centre. Some of them are Yamuna Kumari and Rajendra Kumar on Monday; Rekha Kumari and Beauty Kumar Dutta on Wednesday; and Arvind Kumar and Md Ainul Ansari on Thursday. A few orthopaedics and gynaecologists will also offer their services at the centre on other days.

Talking to the media, Dhanbad Deputy Commissioner, Uma Shankar Singh, who inaugurated the facility as chief guest said, “The residents of Belgarhia used to face difficulty day and night due to lack of any hospital and healthcare centre in the adjoining area. During our inspection of the colony two months ago, the residents had also demanded a healthcare facility in the colony.”

“We have established the health centre as a temporary arrangement for three-four months for which some infrastructure development work like shade construction and paver block laying is being carried out but gradually the centre will be replaced with a full-fledged health centre which is being developed in Phase III of Belgarhia where 24x7 medical care facility would be provided and residents will not have to go outside to seek medical care facilities,” informed Singh who is also the ex-officio managing director of JRDA.

“We have taken all issues affecting the newly rehabilitated people as a challenge and to address the source of livelihood requirement we have made arrangements to engage them in unskilled and semiskilled work in the upcoming construction work of around Rs 300-400 crore in Belgarhia,” said Singh, who was accompanied today during the inauguration by Rehabilitation and Resettlement in-charge of JRDA, Gulzar Anjum; General Manager of Lodna area of BCCL, GD Nigam and General Manager (Jharia Master plan) of BCCL PK Dubey and others.

“Simultaneously, we have also hired an agency which is carrying out the profiling of youth and other job seekers of Jharia based on their qualification, etc. and suitable livelihood arrangement would be made after preparation of the job profile,” said Singh.

“We have also decided to carry out the third-party evaluation of all construction work made in Belgarhia, where payment to contractors would be made after the certification of their work by the third party hired for the evaluation of work,” divulged Singh.