Forensic experts at spot to probe cause of blaze 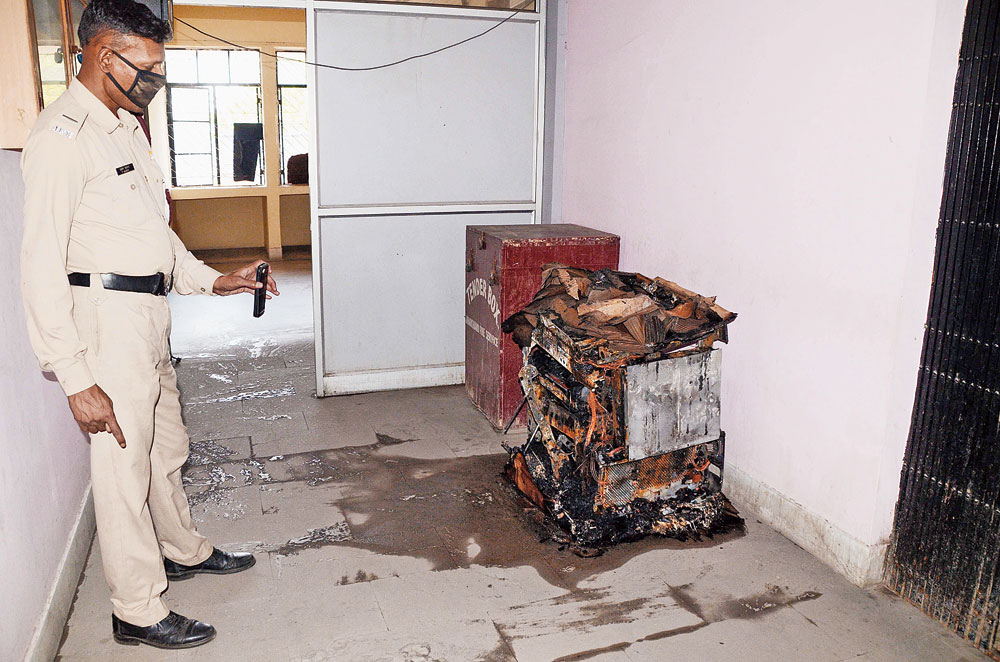 A fire broke out on the second floor of the Jharkhand Fire Service headquarters at Rajendra Chowk area in the heart of the city on Friday.

A fireman noticed smoke coming out from the conference room and raised an alarm around 6.40am.

“A fireman noticed black smoke coming out from the conference hall and raised an alarm. Immediately, power to the entire floor was cut and water was sprayed from the ground as the headquarters’ entire arrangement was there. The blaze was doused within 15 minutes. However, the conference room turned black with smoke and many electric and electrical equipment got gutted,” a firemen said, informing about the incident.

Senior superintendent of police Anish Gupta confirmed the incident, saying the reason behind the fire was yet to be ascertained.

“Primary investigation suggested that it was due to a short circuit in an electrical panel board but to a team of forensic experts have reached the spot to probe further,” SSP Gupta said.

“A Xerox machine, three air-conditioners, some wiring and some electrical appliances were gutted in the fire. The fire was doused in 20 minutes,” Yadav said.

Asked why a forensic team was deputed when it was a small fire, he said: “The team has been deputed to probe the sabotage angle as the place of fire is the headquarters of the state fire services.”

An insider said: “A fan was left on in the conference hall. Apparently it got heated and caused the fire. However, it is difficult to give any conclusive reason till the forensic team probes the matter.”