FIR over threat to Dhoni’s daughter 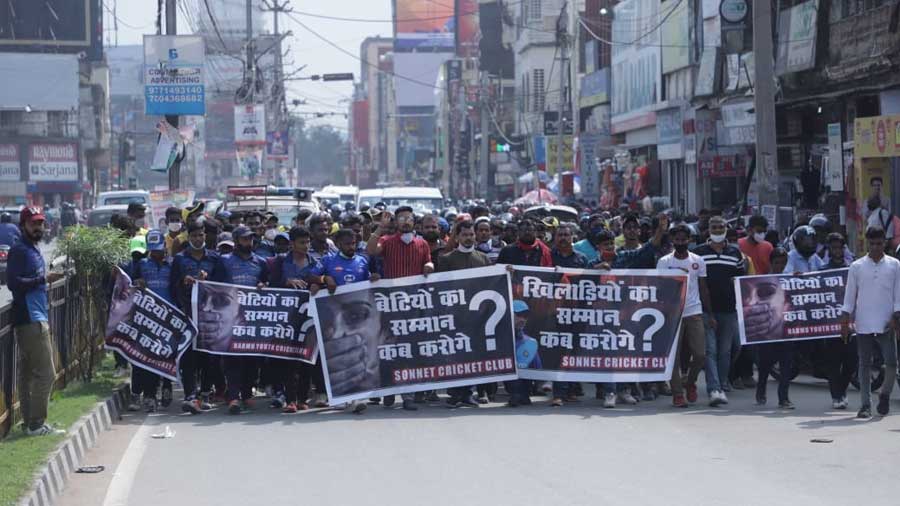 Police in Ranchi on Sunday registered an FIR against an unnamed person hailing from Gujarat in connection with a rape threat to Mahendra Singh Dhoni’s five-year-old daughter Ziva on social media.

Police sources said they had traced the IP address from which the social media message had been posted after Dhoni’s team Chennai Super Kings lost to Kolkata Knight Riders on Wednesday night at the Indian Premier League. The IP address is from Kutch in Gujarat.

Jharkhand police have also contacted their counterparts in Gujarat and it is believed that the latter have already picked up the accused.

The officer in charge of Ratu police station, Rajiv Ranjan Lal, confirmed to The Telegraph Online the registration of the FIR. He said: “We have filed an FIR against an unnamed person under Section 506 (criminal intimidation) of the Indian Penal Code and Section 67 (transmitting obscene material) of the IT Act. The IP address has been traced to Kutch in Gujarat.”

On the identity of the culprit, he said the force was working on it with the Gujarat police and will make an announcement after a formal breakthrough.

Trolls threatened the former Team India captain’s daughter with rape, with a section of the media reporting that Dhoni’s wife Sakshi saw it on her Instagram feed. The incident sparked an outrage on social media with many users, including MLAs and celebrities, condemning the distasteful online behaviour. Dhoni’s family, including his wife, daughter and parents, are currently at their Simalia-based farmhouse.

Several cricketers affiliated to the Jharkhand State Cricket Association (JSCA) on Sunday evening staged a protest at Ranchi’s Albert Ekka Chowk holding banners and posters in support of Dhoni and his family and demanding early arrest of the accused.

“Dhoni bhaiya is our idol and we can’t tolerate any harm to him or his family. The entire cricket fraternity is with him and it is probably for the first time that all cricketers have come out openly to protest in this fashion as everyone is deeply hurt by the incident,” said an Under-19 player, unwilling to be named.