Aspirants blame 'faulty processes' for inability to sign up for courses 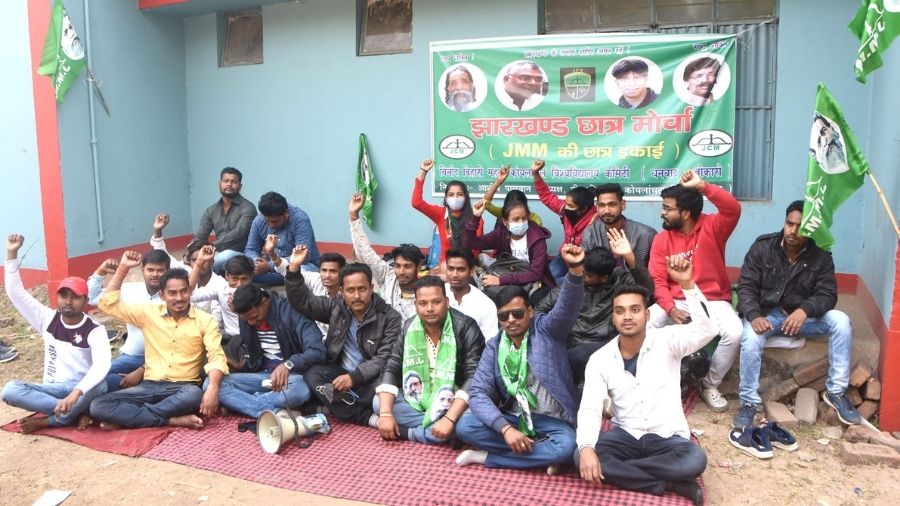 Over 100 students who could not get admission to undergraduate and post graduate courses of Binod Bihari Mahto Koylanchal University, staged a day-long dharna on Friday, accusing the varsity administration of being opaque about its processes.

During the sit-in at the university office at Babudih, the students alleged that they were denied admission on various grounds, namely, error in submitting details on the Chancellor's Portal and delayed examination results.

Anupriya Kumari, an English graduate who was among the protesters, said that one of the four students who applied with her to the PG course, did not get admission.

“Despite securing good marks, I could not find my name in the merit list of the postgraduate course. While the government keeps the gross enrolment ratio (GER) of the university by increasing seats, students who want to pursue higher education are deprived of it,” she added.

Another protester Jyoti Kumari said though she did not meet the cut off criteria, students getting lower grades than her got admission into the college.

“The university must think of increasing the number of  seats in such courses, otherwise meritorious students will be deprived ,” she said.

Ashish Paswan, district president of the student wing of JMM, Jharkhand Chhatra Morcha, “There are several loopholes in the admission process. Students who have falsified their marks have secured admission in the university.”

He also said that the admission cell of the university is also in a total disarray and students rarely get news about it.

“We have submitted a memorandum to Vice Chancellor Anjani Kumar Srivastava, to establish an enquiry cell, so that the students can get proper information about admission” Paswan added.