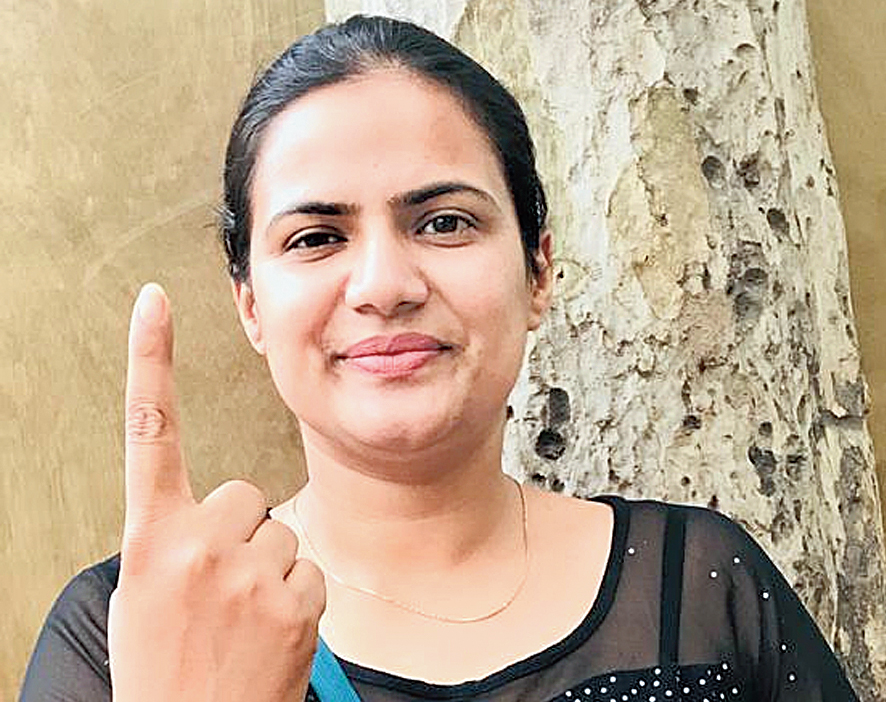 Captain Shikha Surabhi, the country’s first lady officer to be part of the Indian Army’s Daredevil motorcycle team, will lead a bike rally in Hazaribagh on Saturday to create awareness among voters.

He said the state’s chief electoral officer had nominated Captain Shikha as the SVEEP icon for the district.

Shikha made history when she was selected as a member of the army’s Daredevil contingent, considered a male bastion, in the Republic Day parade in New Delhi this year.

The Daredevils, which performs gravity-defying stunts, is the motorcycle display team of the Corpse of Signals that was raised way back in 1935 and holds 24 world records, including entries in the Guinness and Limca Book of Records.

“The rally will be flagged off from Trimurti Chowk within Jheel (lake) complex at 8.30am and will terminate at PTC ground where an awareness programme will be held,” said Anand, deputy director in state information and public relations department posted in Hazaribagh.

The rally will pass through Indrapuri Chowk, Jhanda Chowk and Bus Stand to reach PTC ground, covering about 8km.

Personnel from Jharkhand Police, Seema Suraksha Bal, 22nd battalion of the CRPF and members of the local Bulletiers Club will participate in the rally.

“I’m from Hazaribagh and on leave here now,” Captain Shikha told this reporter, confirming she would lead the rally on Saturday.

She did her schooling in Hazaribagh where her family lives and then went to Jaipur to pursue BTech in information technology.

“I then got selected and joined the Army in 2014 and was commissioned as an officer next year after the completion of my training,” she said, adding that she is also attached to the Corpse of Signals and is currently posted in Jabalpur.

Shikha said she was always passionate about bikes and enjoyed riding them even before joining the Army.

She said even took part in bike rallies in high altitude areas like Leh, Ladakh and Arunachal Pradesh with a Royal Enfield 350.

“I was willing to join the Daredevils and was finally selected as one of its members,” the young officer said, adding that the practice sessions ahead of the Republic Day parade were a learning experience for her.