Five motors, having a capacity of 10 HP each, are lying idle at the spillway gates 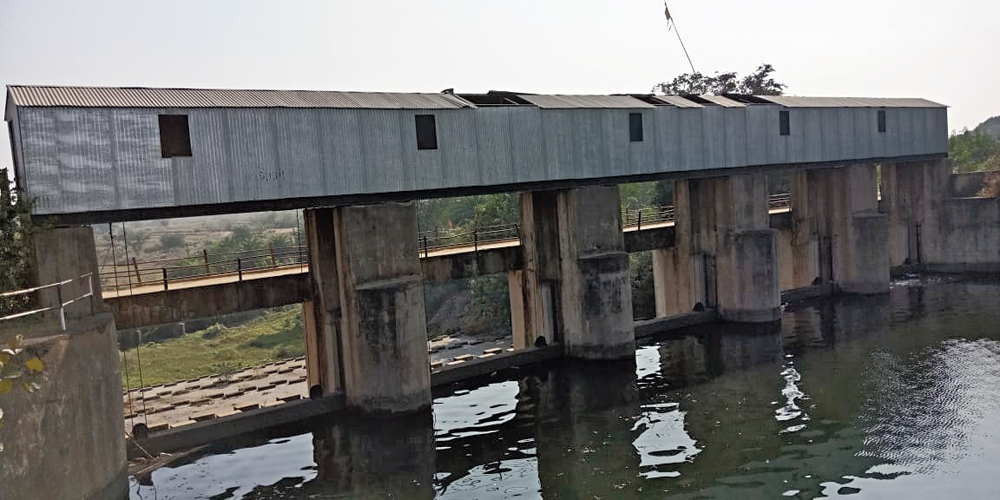 The spillway gates at the Sitarampur dam in Gamharia near Jamshedpur on Thursday
Picture by Animesh Sengupta
Kumud Jenamani   |   Jamshedpur   |   Published 02.01.20, 11:01 PM

Haphazard decisions over operating the spillway gates at the Sitarampur Dam in Gamharia in Seraikela-Kharsawan district by the drinking water and sanitation department (DW&SD) has caused the government exchequer losses to the tune of lakhs.

As a result, five motors having a capacity of 10 HP each, are lying idle at the spillway gates.

Located in Gamharia, Sitarampur Dam is the only reservoir from which water supply is made to the Adityapur Municipal Corporation area and the Adityapur industrial area. The spillway gates were installed to check rainwater in the dam. During excessive rains, spillway gates are lifted so that adjoining areas are not submerged.

All the five spillway gates were damaged due to lack of proper maintenance, leading an NGO, Jharkhand Legal Advisory and Development Organisation (JLADO) to file a PIL with the Jharkhand High Court in 2016 seeking their repair to maintain a proper water level of the dam.

DW&SD had to release funds to repair the damaged gates in 2018 following a directive of the high court. The DW&SD had issued Rs 1.15 crore and tasked the Subernarekha Multi-purpose Project (SMP) with repairs. During that same time, the DW&SD had also decided on installing motors to lift the spillway gates because earlier the gates were raised manually.

The SMP completed the repair work of the damaged spillway gates and installed five motors at each of the gates a year ago at a cost of Rs 12.5 lakh, Rs 2.5 lakh each.

As of now the motors have not been connected with electricity.

Executive engineer, DW&SD (mechanical), Sunita Samant admitted that all spillway gates had been repaired and five motors had been installed, but added that they would operate the gates manually.

“We have decided not to provide power connection to the motors as we can also operate them manually. Moreover, the use of spillway gates is needed in the rainy season only. So why should we obtain power connection for motors unnecessarily for the rest of the time,” Samant told The Telegraph.

The executive engineer said she was not aware exactly why the department had decided on setting up motors when there was system to operate the gates manually.

A team of JLADO had visited Sitarampur dam recently to find that the sheds set up over the five motors had started getting damaged.

“The DW&SD has misused public money by unnecessarily installing motors at spillway gates. The department should at least protect the motors,” observed Om Prakash, president of JLADO.