As Ramnavami rallies draw huge numbers, there is a high chance of political candidates canvassing during the events 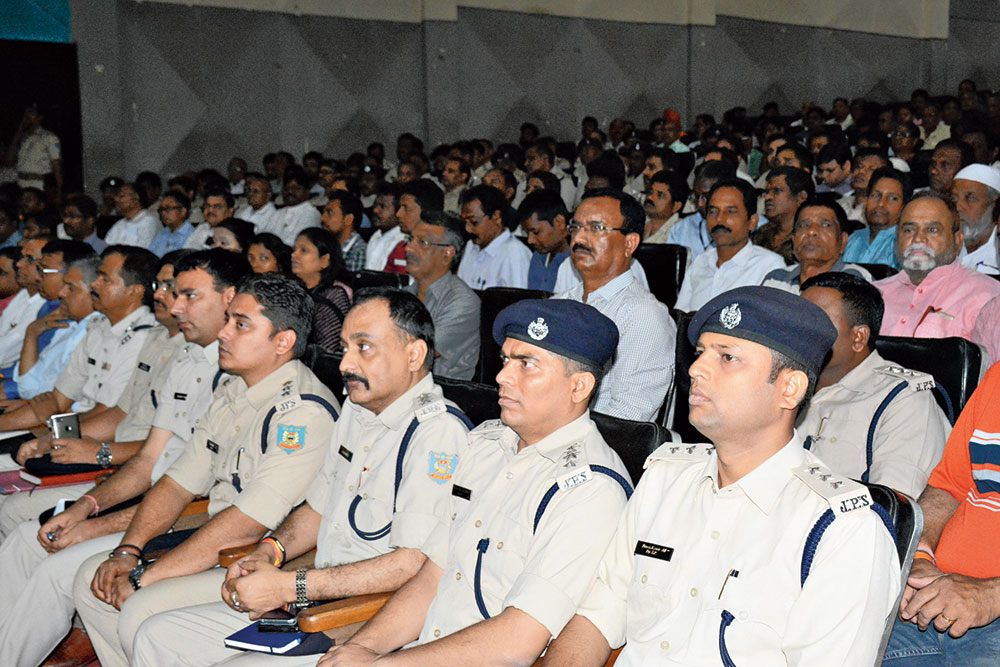 As many as 210 akharas (including 189 licensed ones) will bring out Ramnavami julus — complete with flags, sticks and swords — in the district on April 15 amid hectic poll campaigns in one of the most polarised general elections of the country. For the Jamshedpur seat, sitting BJP MP Bidyut Baran Mahto is locked in a direct battle with Opposition alliance candidate, JMM’s Champai Soren.

As these rallies draw huge numbers, there is a high chance of political candidates canvassing during these events.

DC Amit Kumar, also district electoral officer for Jamshedpur Parliamentary seat that votes on May 12, who chaired a meeting with senior police personnel and bureaucrats on law and order during Ramnavami rallies on April 15, and before that Chaiti Chhath on April 11 and 12,stressed on strict tabs.

“Sector magistrates and thana officers will have their videographers to tail political candidates and check if any provision of the code is violated during interactions with devotees during Ramnavami rallies on April 15. Flying squads will also keep tabs on the movement of candidates,” he said.

SSP Anoop Birtharay, who was also at the meeting, said 2,500 police personnel force including district police and RAF, would be deployed. Drones would be used for aerial surveillance at sensitive spots and CCTV cameras placed at various points. “Each akhara committee will have to give names of 15 volunteers who will get ID cards from respective thanas and sign an undertaking that no incendiary or political songs would be played during processions.”

Police personnel had been have been directed to ensure jhanda immersion at 20 ghats of Kharkai and Subernarekha was over by 10pm on April 15.