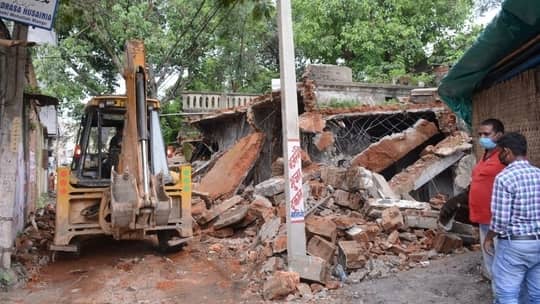 Mango civic authorities use an earthmover to pull down the dilapidated tehsil office at Dimna Road in Jamshedpur on Tuesday.
Picture by Bhola Prasad
Pinaki Majumdar   |   Published 22.06.21, 08:09 PM

Local civic authorities used an earthmover to demolish an old, dilapidated British-era tehsil office on Dimna Road in Mango on Tuesday to make space for a vending zone.

The vending zone will be meant for hawkers who would be displaced soon from the central verge of Dimna Road, the gateway to the steel city, as a part of beautification drive, sources in the Mango Notified Area Committee (MNAC) said.

Civic body officials came to the spot close to Munshi Mohalla along with the earthmover and started the demolition work which continued for half an hour. The work had to be stopped mid-way as some shopkeepers who used to use the dilapidated Tehsil office building called in a few local leaders of BJP for stopping the demolition drive.

Civic officials on the spot said construction of a dedicated vendor's zone has become necessary to prevent frequent mishaps on the busy Dimna Road primarily caused by vendors. 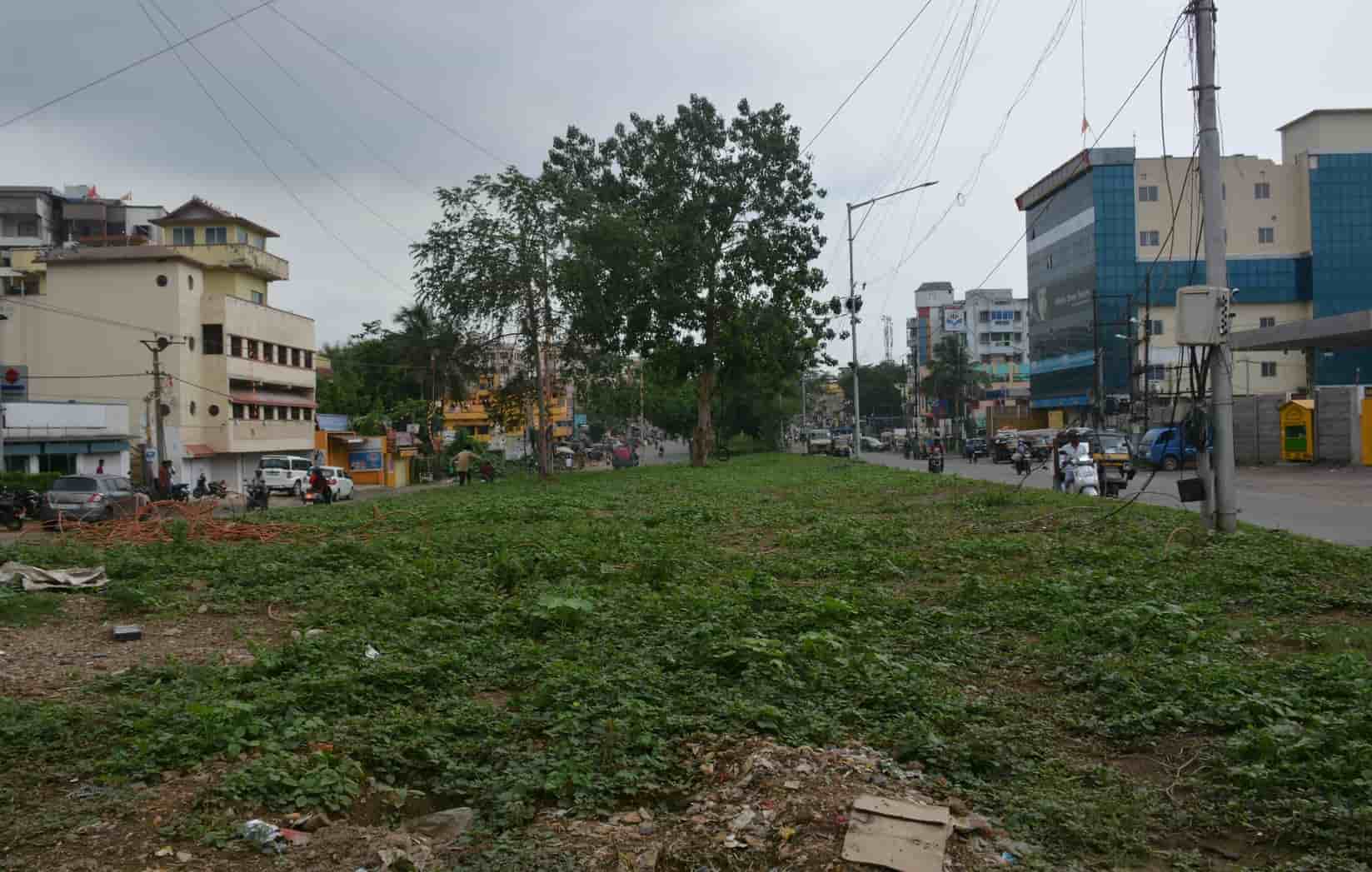 A portion of the central verge of Dimna Road in Jamshedpur which was earlier made encroachment free.
Picture by Bhola Prasad

MNAC special officer Deepak Sahay said, with Tata Steel subsidiaryJusco, the civic authority has plans to beautify the 3.5km central verge connecting Mango Chowk to Dimna Chowk on NH-33.  "Currently, the central verge (or median) is encroached by vendors and  unauthorised persons. We have started an eviction drive. Some stretches of the median have been already been freed of encroachers while the encroachment on the remaining portion of the median would be cleared soon," he said.

All vendors would be accommodated at the new vending zone that will come up at the tehsil office, Sahay said. The civic body has sought funds from the state urban development department for barricading Dimna Road's central verge, which is currently encroached upon by vegetable and other vendors, to plant bougainvillea and other flowering plants. 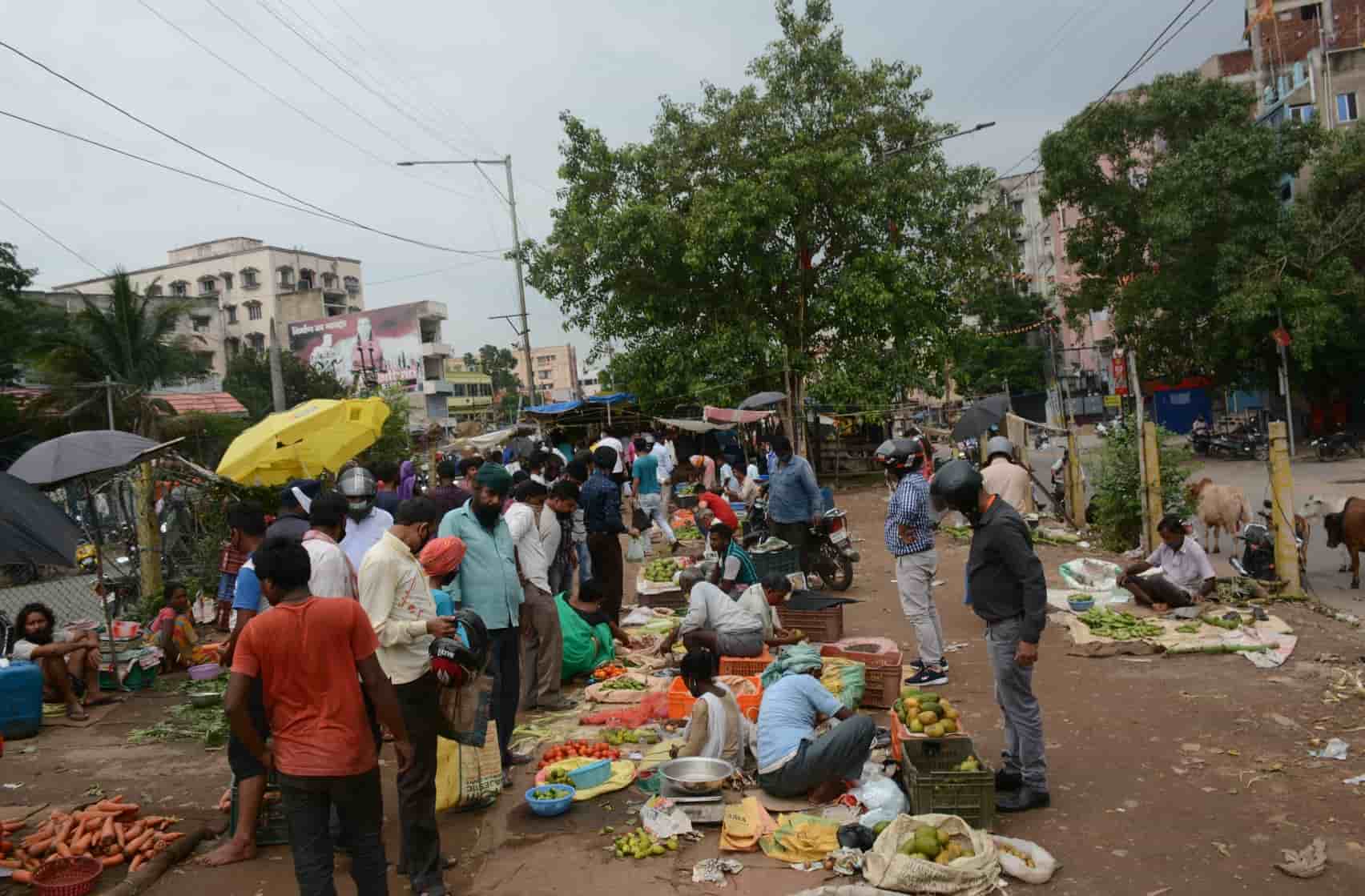 Vegetable vendors do brisk business on the median of Dimna Road near Blue Bells School in Jamshedpur on Tuesday.
Picture by Bhola Prasad

The civic body has plans to create a joggers' track on the central verge.

Notably, the water pipelines of Jusco from the Dimna reservoir pass through the Dimna Road which witnesses heavy traffic - more than 50,000 two-wheelers, autos, cars, trucks and trailers - every day. Plans are afoot for proper illumination and installation of a couple of fountains on the median of the nearly 3.5km road which also hosts several schools, departmental stores, hotels, restaurants, banks and other business establishments.