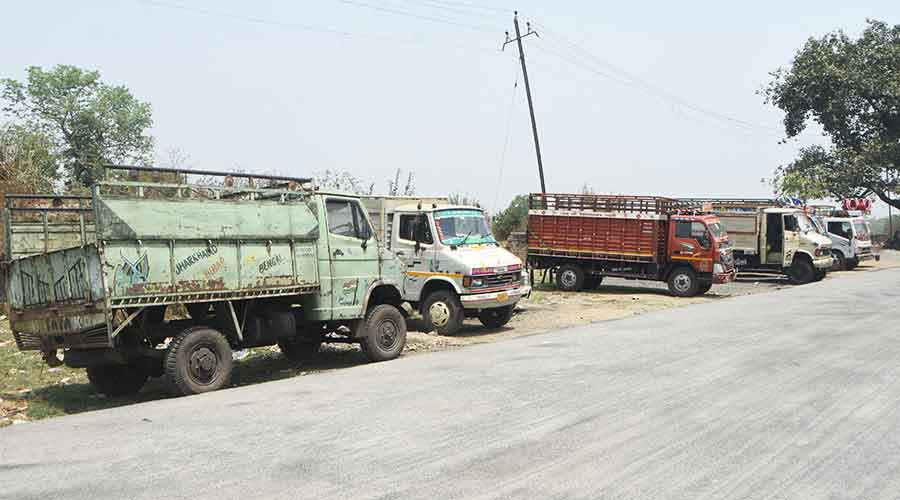 The Bengal election has adversely affected trade in Dhanbad at a time when traders are already reeling under the impact of Covid affected downturn.

The transport of goods from Bengal to Dhanbad has been hit due to apprehensions of seizure of vehicles for security checks by police and administration.

Trade in coal town is largely dependent on the wholesale purchase of a wide variety of products ranging from foodgrains, garments to footwear from Calcutta.

Traders, who travel back and forth from Calcutta on the Black Diamond Express and Coalfield Express, are also desisting from visiting the city due to rallies and political programmes.

Md Sohrab, former president of Purana Bazar Chamber of Commerce, told The Telegraph Online: “The worst affected section are the small time traders and retailers who lack capital for bulk purchase of articles, dependent on daily purchase as they are finding it difficult to bring articles on daily basis due to restricted movement from Calcutta.”

Citing an example, he said that garment traders of Dhanbad are even avoiding visiting their favorite place, Metiabruz Haat which is the biggest garment market in Calcutta due to the election rush.

“The fear of their own security as well as the safety of goods purchased during heightened election campaigning and stiff competition between rival political parties is also preventing coal town traders to visit Calcutta,” said Sohrab.

Echoing Sohrab’s sentiments, Prabhat Surolia, President of Bank More Chamber of Commerce, said, “not only Calcutta, but as Dhanbad shares long borders with Asansol and Purulia area of Bengal, the trade from these places have also been affected as traders could not visit these places freely and commercial vehicles of Dhanbad are not willing to enter Bengal borders.”

“Our trade is also largely dependent on supply of articles in colliery areas, including collieries of Eastern Coalfields Limited in  Maithon , Chirkunda and Barakar sharing borders with Bengal so we could not even visit to these places due to increased police checking; frisking of belongings, verification of vehicles documents etc,” said Surolia.

Rajesh Kumar Gupta, Patron of Federation of Dhanbad Zila Chamber of Commerce and Industry, said, “Besides the election related restricted movement, the Covid testing of passengers being carried out at railway stations is also affecting the movement of Dhanbad traders in Bengal, although we appeal to all traders to cooperate with testing as it is meant for their own safety and the safety of their family members.”