Abducted trader found dead in a field in Sahebganj 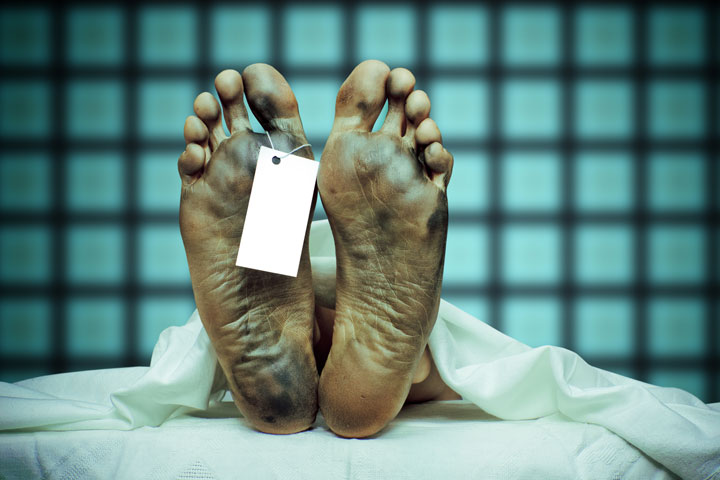 Arun Kumar Sah’s body, found in a field at Chota Barmasia village under Borio police station, bore four bullet wounds, two in the back and one each on the chest and upper stomach.
Representational image from Shutterstock
Our Correspondent   |   Ranchi   |   Published 28.06.20, 06:09 PM

The body of an abducted trader was recovered from a field in a Sahebganj village on Sunday, a day after an encounter with those who had held him hostage left two policemen injured and the local business community in shock.

Arun Kumar Sah’s body, found in a field at Chota Barmasia village under Borio police station, bore four bullet wounds, two in the back and one each on the chest and upper stomach.

During Saturday’s encounter, the criminals attacked the police party when it had gone to rescue the abducted businessman following a tip-off. ASI Satish Chadra Rai sustained bullet injuries while officer-in of Barhait police station Harish Pathak was injured on his head.

Dumka DIG Narendra Kumar, who visited Sahebganj to take stock of the situation, told the media that police would be able to nab the culprits soon. “Criminals killed the businessman due to the pressure mounted by police for his rescue but unfortunately he couldn’t be saved. Police will go all out to crack this case and nab the culprits at the earliest,” he said.

Sah, a rice trader in his late 30s, was kidnapped in the morning of June 20 after he left home for work. When he didn’t return till night, his family lodged a complaint in Borio police station, alleging abduction for a ransom of Rs 20 lakh.

Since then, police have been trying to track the businessman, and after receiving a tip-off, mounted a rescue mission operation which went wrong on Saturday.

Sahebganj SP Anuranjan Kispotta said that raids had been intensified across the district. “Since yesterday’s (Saturday) incident, our search has been stepped up. Police have got some leads about suspected hideouts,” he said.

Local police sources claimed the abduction was probably the handiwork of National Santhal Liberation Army, a banned outfit with roots in Assam that is trying to gain a foothold in Sahebganj and Pakur districts of Jharkhand.

“This outfit is a mix of five rebel outfits—Adivasi People’s Army, Adivasi Cobra Militants of Assam, Birsa Commando Force, Santhal Tigers Force and Adivasi National Liberation Army. Activities of some migrants who returned to this part of the state due to the lockdown seem suspicious. They could have links with this group,” said a policeman who did not wish to be identified.