Advertisement
Home / India / Will file criminal defamation case against Sisodia: Assam CM
'Stop sermonising. I will see you in Guwahati' 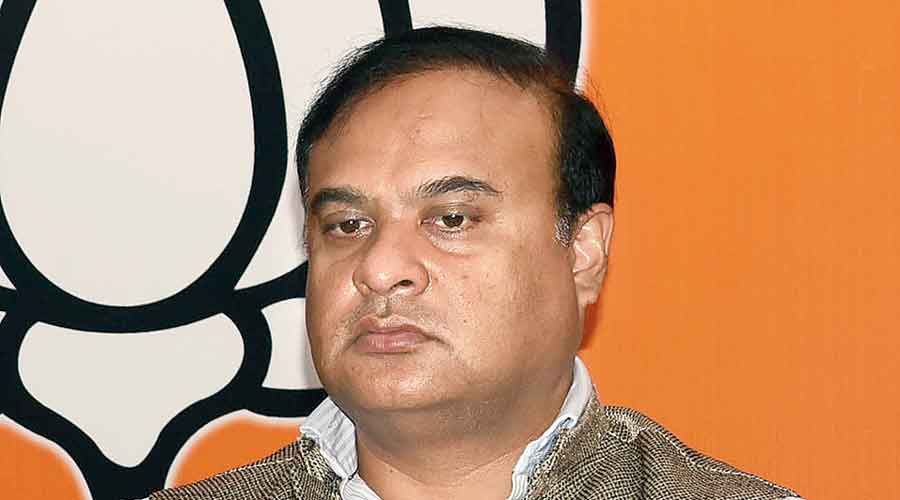 Chief Minister Himanta Biswa Sarma Saturday threatened to file criminal defamation case against Delhi Deputy Chief Minister Manish Sisodia for alleging that the Assam government had given contracts to his wife's firms and son's business partner to supply PPE kits above market rates when COVID-19 pandemic was raging in the country in 2020.

Sarma said in a series of tweets that Assam hardly had any PPE kits then. "My wife gathered the courage to come forward and donated around 1500 of them free of cost to the government to save lives. She didn't take a single penny''.

The chief minister also attached a letter of appreciation from the then National Health Mission director Dr Lakshmanan for providing the PPE kits as corporate social responsibility during COVID-19 by JCB Industries, of which Sarma's wife Rinki Sarma Bhuyan is a partner.

''Stop sermonising. I will see you in Guwahati as you (Sisodia) will face criminal defamation,'' he said.

Sisodia, referring to media reports at a press conference in New Delhi on Saturday, said that while the Assam government procured PPE kits for Rs 600 a piece from other companies, Sarma gave urgent supply orders to the firms of his wife and son's business partners for Rs 990 a piece taking advantage of the emergency situation .

The Delhi deputy chief minister told reporters in Delhi during the day that Bhuyan's firm does not even deal in medical equipment. "While the contract given to the firm of Sarma's wife was cancelled as the company could not supply PPE kits, another supply order was given to the firm belonging to the business partners of his son at a rate of Rs 1,680 per kit," Sisodia said citing the media report.

The AAP leader asked why BJP was silent on corruption by a chief minister of a state ruled by the saffron party. "They (BJP) talk of corruption and level baseless allegations against members of opposition parties. I want to probe their understanding of corruption... want to ask them if they consider this (Assam case) corruption or not".

The Enforcement Directorate, he said, had arrested Delhi minister Satyendar Jain on "bogus" charges of corruption and the Centre told the court on Friday that he is "not an accused".

The ED had arrested Jain on May 30 in a money laundering case in which the AAP leader and his wife had allegedly amassed disproportionate wealth worth Rs 1.47 crore between February 2015 and May 2017, more than double their known sources of income.

Taking on Sisodia, the Assam chief minister said that although the NHM issued the order, the company had raised no bill and the kits were gifted to the government. "Not a single penny was transacted, where is the corruption?'' he tweeted.

''Due to acute shortage then, every government, including yours (Delhi government) waived the tender for PPE kit and went for direct purchase. Don't cherry pick from half the documents. Have the courage to put (forward) all the facts. Don't show half of a document trail, have courage to put all the facts'', he wrote.

Sarma also accused Sisodia of refusing to take his calls to help Assamese people in Delhi when COVID was raging. "I cannot forget one instance when I had to wait for seven days to get an Assamese COVID victim's body from Delhi's mortuary .... Many phone calls went unanswered though we know each other very well''.

Earlier in the day, Assam government spokesperson Pijush Hazarika refuted all charges that Sarma's family was involved in the alleged malpractices in the supply of PPE kits during the pandemic as claimed by two media portals.

The allegations are ''false, imaginary, malicious and can be attributed as the handiwork of a certain section with vested interests,'' Hazarika, also minister for water resources and information and public relations told reporters here.

''There was no scam in the supply of PPE kits. Why are the two media organisations (which filed the report on the alleged malpractice) not going to the Court if they have evidence instead of making false and baseless allegations?" Hazarika, who was then the minister of state for health, asked.

The opposition Congress, Raijor Dal and Assam Jatiya Parishad have demanded a high-level probe by CBI, ED or any other central agencies into the alleged irregularities in the supply of PPE kits in 2020 by firms linked to Sarma's wife when he was the health minister in the previous BJP government in the state.

Bhuyan has claimed that she did not take a "single penny" for supplying PPE kits and asserted that she had always been "transparent" about her "giving back to the society".