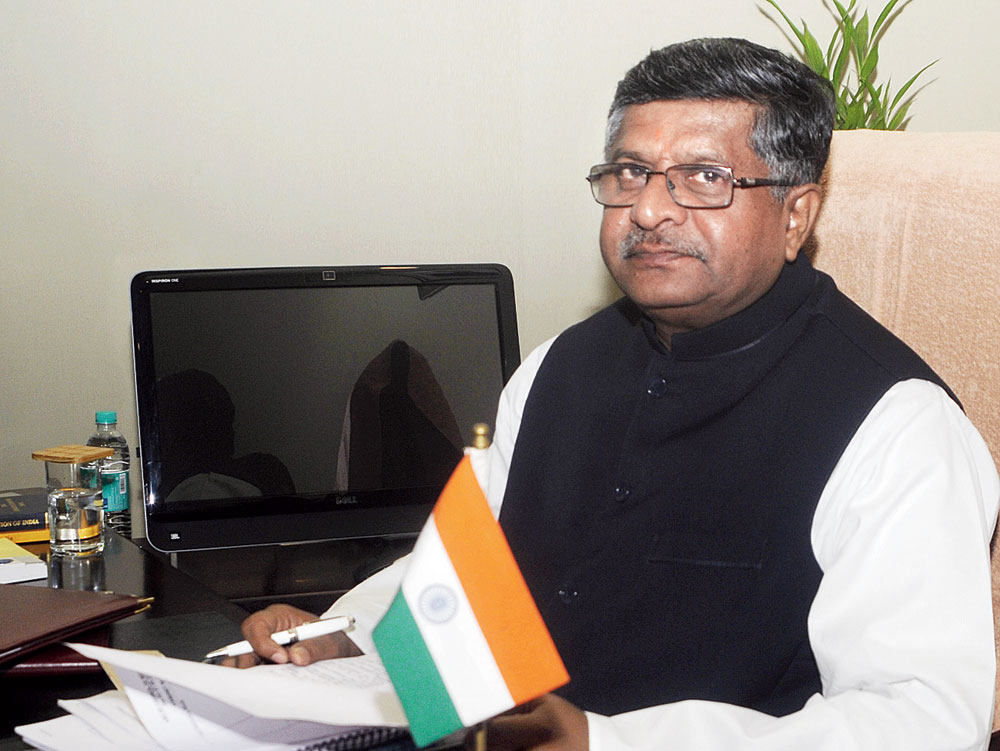 Nisha Sinha, whose husband Sanjeev Kumar Sinha is the BJP leader’s personal assistant, was visiting an acquaintance in Patna’s Mainpura locality with her nine-year-old son when she was targeted.

She escaped unhurt as the bullet missed her.

“We have rounded up a few suspects. They are being interrogated,” Rakesh Kumar, deputy superintendent of police (law and order), said. “Investigations are on. A local gang seems to be involved in the incident.”

The Opposition said the late-evening incident was proof of the deterioration in the law and order situation in Bihar under the National Democratic Alliance government.

“Criminals robbed and fired at the wife of the PA of Union minister Ravi Shankar Prasad in Patna, who used to give reactions on the so-called ‘jungle raj’ (law of the jungle) of the Rashtriya Janata Dal (RJD),” Tejashwi Prasad Yadav, leader of the Opposition in the Assembly, said.

“This incident has happened under the useless and corrupt rule of the ‘double engine’ (NDA reign at the Centre and the state) government here.”

The Congress too joined in the attack. “We have been saying for the past several months that the law and order situation in Bihar has gone for a toss under the BJP-JDU rule. A crime was committed against the wife of Ravi Shankar Prasad’s PA. What remains now? Will the NDA leaders accept the prevailing lawlessness only when ministers are robbed?” Congress spokesperson Harkhu Jha said.

The crime graph in the state, Harkhu added, has been going up but incidents were not being unreported by the government to keep the figures low.

A call to Prasad was answered by an aide, who said the Union minister was at a public meeting as part of his campaign for the Patna Sahib seat and would try to call back later.

Prasad is pitted against actor-politician Shatrughan Sinha, who left the BJP after years of association with the party and joined the Congress earlier this month.

The constituency votes on May 19.

Nisha had parked her car a little distance from the place she was to visit and was walking down when the criminals accosted her. They snatched her iPhone and tried to take her gold chain too.

The criminals fired at her when she resisted. They fled as local people started gathering after hearing the sound of gunfire. An FIR was lodged at Patliputra police station late on Tuesday night.

Police officials said they were scanning footage from CCTV cameras installed in the area.