Why are young Muslims leaving Islam 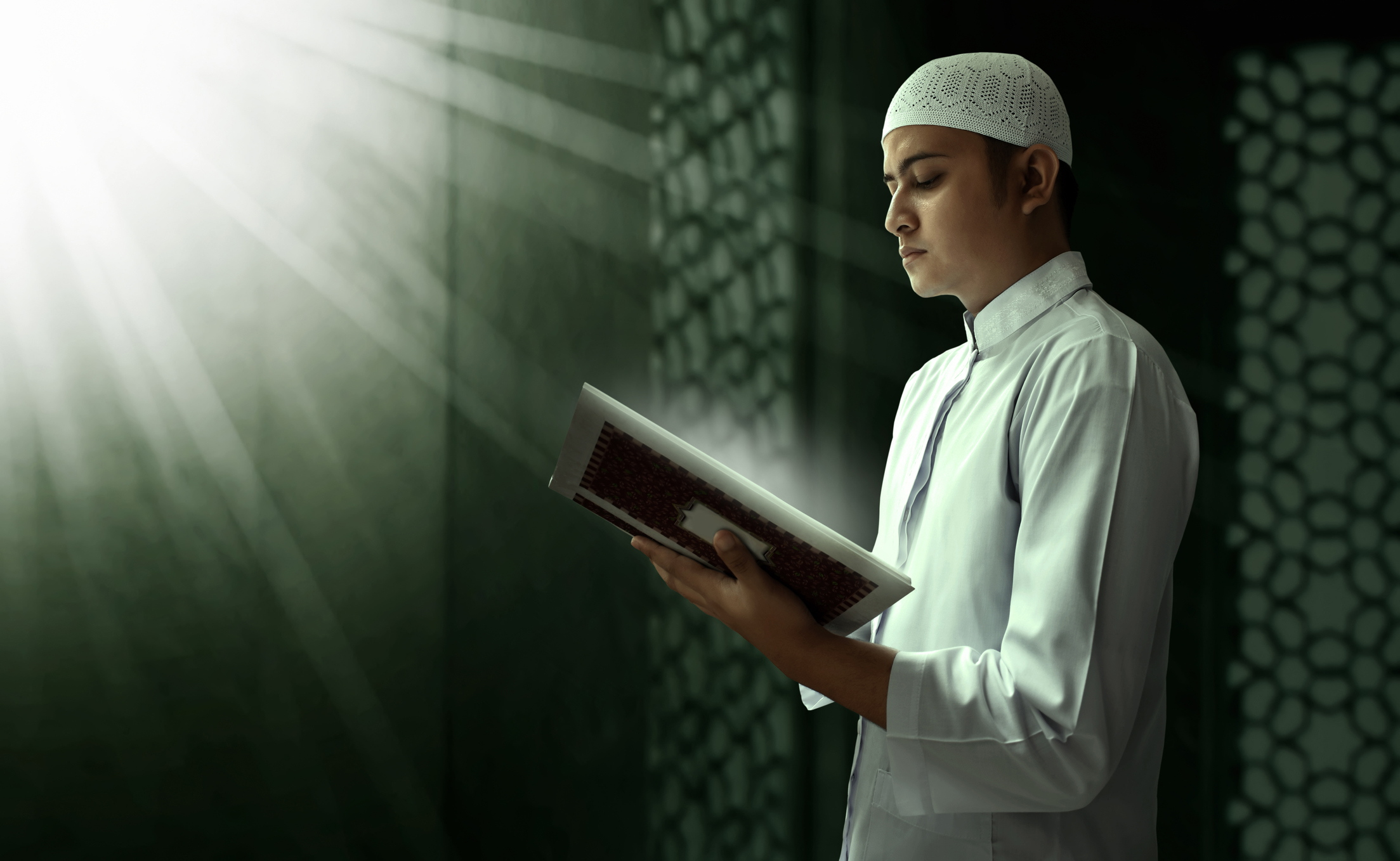 And it is not just an American or Western phenomenon. Even deeply conservative countries with strict anti-apostasy regimes like Pakistan, Iran and Sudan have been hit by desertions. The Saudis were taken aback when the American journal, The New Republic, revealed the scale of Muslim conversion to atheism in their country, and more widely in the Muslim world. The numbers were eye-popping, ranging from hundreds to thousands in some countries. The Editor-in-chief of FreeArabs.com says:

When I recently searched Facebook in both Arabic and English, combining the word ‘atheist’ with names of different Arab countries I turned up over 250 pages or groups, with memberships ranging from a few individuals to more than 11,000. And these numbers only pertain to Arab atheists (or Arabs concerned with the topic of atheism) who are committed enough to leave a trace online,’

The journal cited a 2012, WIN/Gallup International poll which found that 5 per cent of Saudi citizens—more than a million people—self-identified as ‘convinced atheists,’ the same percentage as in the United States. ‘19 per cent of Saudis—almost six million people—think of themselves as “not a religious person.” In Italy, the figure is 15 per cent. These numbers are even more striking considering that many Arab countries, including Saudi Arabia, the United Arab Emirates, Sudan and Yemen, uphold the Sharia rule punishing apostasy with death,’ it pointed out.

It is claimed that the atheist-scientist Richard Dawkin’s God Delusion is the most downloaded book in the Middle East, particularly in Saudi Arabia. It is now being translated into Arabic and there are plans to offer it free to Arab readers. The trend is catching on despite the fact that in many Islamic countries, apostasy is punishable by death. Most Islamic countries oppose the universal declaration of human rights and have refused to sign it because it provides for the ‘freedom to change religion or belief.’

The exact figure of former Muslims may never be known as most remain in the shadows to avoid detection. Those who have ‘outed’ themselves say they live in permanent fear for their own lives and safety of their families. In Pakistan, preachers have called for the houses of apostates to be burned down. They communicate through anonymous online forums claiming tens of thousands of followers, and loose global networks under the umbrella nomenclature, ‘Ex-Muslims’ and ‘Muslim-ish.’ A Twitter campaign in Britain in 2015, had thousands of ex-Muslims from across the world tweeting their reasons for choosing to abandon their faith. These ranged from intolerance and inferior status of women to absence of freedom of thought and the idea of immutability of a seventh century doctrine. One -@Lib Muslim wrote: #ExMuslimBecause Misogyny, homophobia, stoning people to death, and killing apostates don’t suddenly become “respectable” when put in a holy book. (Ali A. Rizvi, Huffington Post, 23 November, 2015)

Oxford University academic Faisal Devji has argued that by retaining ‘Muslim’ in their name, ‘ex-Muslims are recognizing the theological character of their renunciation.’

The Muslims among whom I was raised in East Africa included many who refused to pray or fast and were openly critical of religion. It would never occur to them to renounce Islam and proclaim atheism as a new identity or mission, which would have catapulted them back into a theological narrative.

(Conversions from Islam in Europe and Beyond, Faisal Devji, The New York Times, 15 April, 2017)

The Economist narrated the story of an American Muslim boy of Somali descent, Mahad Olad, whose immigrant parents tricked him into going on a holiday with them to Kenya where they had made arrangements for him to go to a seminary to ‘restore’ his failing faith in Islam. He had no idea about his parents’ plans until he landed in Kenya.

As soon as he stepped off the plane on a family holiday to Kenya, Mahad Olad knew something was wrong. His mother, a ‘very devout, very conservative, very Wahhabi’ woman, was acting strangely—furtively taking phone calls when she thought he was out of earshot. His suspicions would soon be proved correct. Mr Olad’s family, Somali immigrants to America and devout Muslims, had discovered that he had not only renounced Islam but was also gay. The holiday was a ruse, an intervention to save his soul.

When he got wise of their plan to hand him over to the care of Muslim clerics who would ‘restore’ his faith, he got so frightened that he managed to escape. ‘In the dead of night he sneaked into his mother’s room, stole his passport and was whisked away by taxi to the embassy, which eventually returned him safely to America. He has not spoken to his family since,’ according to the above report.

Behind Olad’s story hangs a tale we don’t usually hear about: how Islam is facing a wave of desertion by young Muslims suffering from a crisis of faith. The story we normally hear is of an Islam growing from strength to strength, and how for all the phobia that exists around it, it remains the fastest growing religion with 1.6 billion followers across the world and acquiring new converts on an almost daily basis. What we don’t hear is that it is also being abandoned by moderate Muslims, mostly young men and women, ill at ease with growing extremism in their communities. The ranks of ex-Muslims is reported to be swelling. ‘As the number of American Muslims has increased by almost 50 per cent in the past decade, so too has the number of ex-Muslims,’ The Economist report said, citing a Pew Research Centre survey according to which 23 per cent of Americans raised as Muslims no longer identify with the faith. Most are young second-generation immigrants, but there are also older Muslims ‘married to devout Muslim spouses and driving children to the mosque to study the Koran, at weekends to cover up their apostasy.’

Simon Cottee, a British academic, has documented stories of many former Muslims in The Apostate: When Muslims Leave Islam. In each case, reasons for their decision differ, varying from religious bigotry and oppression, to violence in the name of Islam. Sometimes, as The Economist wrote in the 15 March, 2018 report, it could be a reaction to certain Quranic verses or the Hadith—the sayings of the Prophet Mohammad. ‘Often the verses that trigger this are controversial ones about slavery or gender that family members and imams cannot explain satisfactorily. Coming across the writings of Ayaan Hirsi Ali, Richard Dawkins or Christopher Hitchens sometimes has the same effect. Some chafe at sexism or homophobia,’ it reported.

According to Faisal Devji,

Whether the converts are repulsed by the violent forms Islam has taken in places like Syria and Afghanistan or are backing up their claims for asylum, the conversions occur quietly and rarely as a result of proselytism. Nor do they tend to be accompanied by any transformation in the appearance, behavior or language of the convert. Analyzing the news reports suggests that these conversions are characterized by multiple quotidian and ambiguous motives. (The New York Times, 15 August, 2017)

Brian Whitaker, a noted Middle East correspondent and the author of Arabs Without God, debunks the explanation that the phenomenon is a reaction to the violent acts being perpetrated in the name of Islam.

While researching my book…I spent a lot of time trying to find out why some Arabs turn to atheism and none of those I spoke to mentioned terrorism or jihadism as a major factor… That is not particularly surprising, because atheism is a rejection of all forms of religion, not just the more outlandish variants of it.

For the vast majority of Arab atheists, the road to disbelief begins…with personal doubts. They start to question the illogicalities found in the holy texts. Why are non-Muslims destined to hell, even though many of them are nice, decent people? Since God knows the future and controls everything, why would he put some people on the wrong path, then punish them as if he had nothing to do with their choices? Why is wine forbidden, yet virtuous Muslims are promised rivers of it in heaven?

It is a significant common thread running through most of the accounts of ex-Muslims I’ve read: that it was NOT an easy decision to make. Some mulled for years before they were able to make up their minds as they struggled to reconcile what they saw as the contradictions between all the nice things they were taught about Islam and how it was actually practised. Before jumping ship, most apostates claim they made sincere efforts to clarify their doubts and overcome their scepticism— some learned Arabic and went back to original texts to make sure for themselves that they hadn’t got it wrong. It was only when—on the basis of their own independent reading of the scriptures—they concluded that they could not honestly continue to cling on to their faith, that they reluctantly took the plunge.

Many are said to suffer intense emotional and psychological trauma afterwards in a sign of how strongly Muslims feel about their religious identity, and Islam’s dominant presence in their lives, as I have already discussed. The loss of that identity leaves them in a social and moral limbo. There is at least one documented case of suicide—a young British Muslim, Irtaza Hussain, felt so disorientated and depressed that he went to seed and ultimately took his own life.

The trend has been described as a ‘ticking bomb’ with a new generation of educated Muslims starting to question the fundamentals of their faith.

Extracted from Who Killed Liberal Islam by Hasan Suroor, with permission from Rupa Publications