Hindutva had nothing to do with religion or rituals. The term in English which came closest to the one he was using, he wrote, was perhaps Hinduness 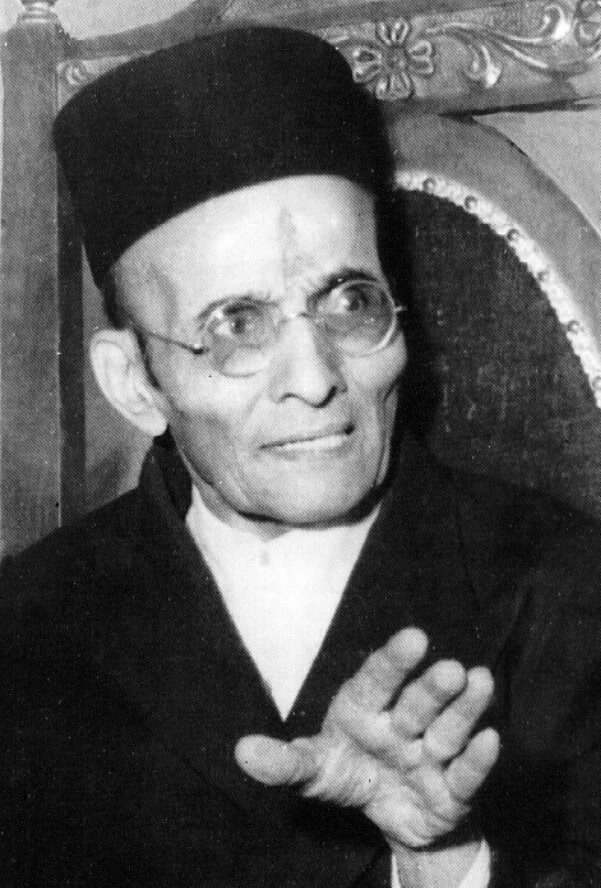 Savarkar had entered the Cellular Jail a passionate promoter of Hindu–Muslim amity, having, among other things, lavished fulsome praise on the Muslim heroes of 1857 such as Awadh ruler Wajid Ali and Rohilkhand rebel chieftain Khan Bahadur Khan. But he came out of prison driven by a desire to remake his country in the name of Hindutva or Hindu nationalism – the Indian nation seen as a nation based on Hinduness.

What explains this change of heart? Part of it may have been due to Savarkar’s experiences in the Andamans. His interactions with the jailer Barry’s Pathan, Baluchi and Sindhi lackeys had left him bitter. The British believed that any staffers belonging to India’s majority community might be sympathetic to political prisoners, most of whom were Hindus, and so only Muslims were tasked with supervising the inmates. To Savarkar these overseers appeared fanatical and overzealous, and not just in their mistreatment of the prisoners. They also converted non-Muslim prisoners to the Islamic faith by way of threats, coercion and inducements. Savarkar described the Pathans, Baluchis and Sindhis as the most fundamentalist of Muslims he met in prison, followed by the Punjabis. The Tamil, Marathi and Bengali Muslims in prison were neither cruel nor anti-Hindu, but the others would taunt the Hindus as ‘kafirs’ (infidels), he said.

Did that mean they were excluded altogether from a nation which had Hindutva as its base? ‘Their love is divided,’ believed Savarkar, and they would have no choice if they were asked to pick between their fatherland and holy land. It was ‘natural’ that they should choose the holy land, he stated, adding that he was ‘neither condemning nor lamenting’, merely being matter-of-fact. He wanted to keep the door open for them, nevertheless, for ‘the Bohras and such other Mohammedan and Christian communities possess all the essential qualifications of Hindutva’, he said, even if ‘they do not look upon India as their holy land’. The ‘patriotic’ Bohra or Khoja, he argued, ‘loves our land . . . as the Fatherland’, ‘possesses’, in certain cases, ‘pure Hindu blood’, particularly ‘if he is the first convert to Mohammedanism’, is ‘an intelligent and reasonable man, loves our history and our heroes’, and ‘in fact the Bohras and Khojas as a community worship as heroes our great ten Avatars, only adding Mohammad as the eleventh’. Most of them thus shared with Hindus a common race; after all, their forefathers had been forcibly converted, according to Savarkar. He urged such ‘long lost kith and kin’, ‘so cruelly snatched away at the point of the sword’, to come back to the fold, and told them that their brothers and sisters ‘with arms extended are standing at the open gate to welcome you’. There was nowhere else they would find greater freedom of worship as in the land ‘where a Charvak could praise atheism from the steps of the temple of Mahakal’, he said. If only they recognized ‘our common Mother’ not only as their fatherland but their holy land, they would be ‘most welcome to the Hindu fold’, he stated.

No one need have any misgivings, for ‘we are trying our best’ to ‘develop the consciousness’ and ‘attachment to the greater whole’ so that ‘Hindus, Mohammedans, Parsis, Christians and Jews would feel as Indians first, and every other thing afterwards’, he said, perhaps by way of reassurance.

The goings-on in the Cellular Jail no doubt played a role in Savarkar veering rightward and embracing Hindu nationalism, and some commentators have gone to the extent of doubting if the incident of the assault on the village mosque in Bhagur was a later invention of his – he wrote his childhood reminiscences after the Hindutva text – just to make the point that his credentials had always been sufficiently pro-Hindutva.

When Savarkar was shifted to Ratnagiri prison in 1921, he reported seeing the same Islamic practices there and wrote, that year, inside his prison cell, a tract titled Hindutva, regarded as the seminal text for Hindu nationalists. It was then that the term ‘Hindutva’ entered India’s political lexicon – but it acquired entirely different meanings for different groups. For believers in a Hindu Rashtra it was, and is, the earliest and clearest delineation of their theory of Indian nationhood, inextricably linked to the country’s purported Hindu ethos and history. For those prizing India’s absorption of multiple faiths and cultures and its assimilation even of confrontational forces as its distinguishing essence, it was, and is, the defining text of exclusionary divisiveness and the scapegoating of non-Hindus, especially Muslims.

Various saints and political leaders from Swami Vivekananda to Dayanand Saraswati and Lokmanya Tilak had publicly called for a Hindu revival before Savarkar did. The major difference was that Savarkar defined his idea of a Hindu resurgence in political terms, not religious. He defined the nation as based on the unifying Hinduness of its people. And called as much for a combative spirit as a cohesive one if India were to retain its essence, which in his opinion was its Hindu civilization and Hindu way of life.

At the very outset, Savarkar made it clear that Hindutva was not the same as Hinduism. It had nothing to do with religion or rituals. The term in English which came closest to the one he was using, he wrote, was perhaps Hinduness. As a principle, Hindutva formed the basis of India’s national character, he maintained, and, to provide greater clarity, offered his own definition of who was a Hindu. The word Hindu was as ancient as the Vedas, he contended, and explained that the letter ‘Sa’ in Sanskrit was often turned into ‘Ha’ in the Prakrit languages. Thus the land of the people known as the Sapta Sindhus, which had acquired for itself the name Sapta Sindhu, was referred to as ‘Hapta Hindu’ in the Avesta of the ancient Persians, he said.

Savarkar wasn’t really setting out to create a Hindu nation. India was, he asserted, citing some ancient and medieval texts, a Hindu nation in an organic sense. (To those who argued that no Sanskrit text mentioned the word Hindu, he replied that it was ‘ridiculous to expect a Prakrit word in classical Sanskrit’ and cited the example of Banaras, which too was non-existent in Sanskrit as it was the Prakrit word for the Sanskrit ‘Varanasi’. He held out some other Prakrit words such as Jamuna, Sia and Kishan too as examples.) And anyone who considered this nation as his or her pitrubhu (fatherland) and punyabhu (holy land) was a Hindu. The Sikhs, the Buddhists and the Jains, in his view, met both conditions and were therefore Hindus. However, although he would concede that many Muslims and Christians living in India were true nationalists and saw the land of the Sapta Sindhus as their fatherland, their holy land lay elsewhere, in Arabia or Palestine.