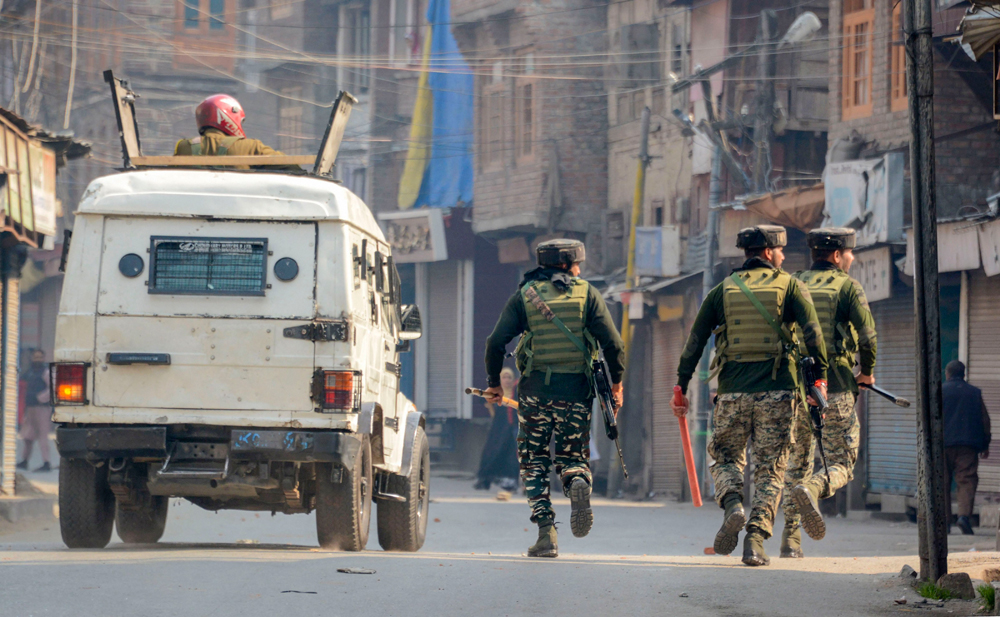 A labourer injured in the terror attack in south Kashmir's Kulgam district in which five persons were killed is recovering from his injuries at a hospital in Srinagar, police said on Wednesday.

Earlier, a police official said that the labourer had succumbed to his injuries.

Five migrant labourers from West Bengal were shot dead by terrorists in Kulgam district on Tuesday.

All the victims hailed from Murshidabad district of West Bengal, the police said.

The attack happened at a time when a delegation of parliamentarians from the European Union is in Kashmir to talk to locals and ask them about their experience after the abrogation of Jammu and Kashmir's special status under Article 370 of the Constitution.

West Bengal chief minister Mamata Banerjee expressed shock and grief over the incident and said that all help will be extended to the families of the five workers from Murshidabad district who were killed in the attacks in Kashmir.

'We are shocked and deeply saddened at the brutal killings in Kashmir. Five workers from Murshidabad lost their lives. Words will not take away the grief of the families of the deceased,' Banerjee wrote on her Twitter handle.

'All help will be extended to the families in this tragic situation,' she added.