We have not left Shiv Sena, Eknath Shinde remains our leader: rebel MLAs 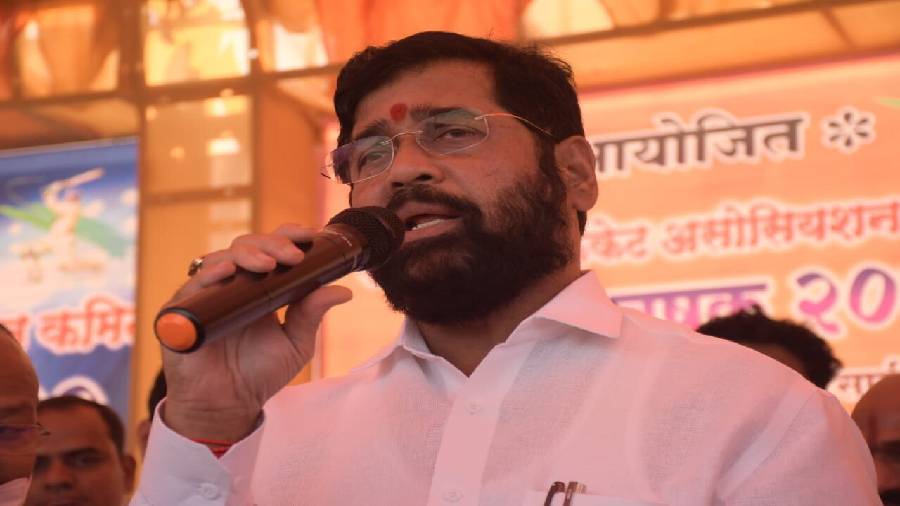 In a virtual press conference from Guwahati, where Shinde and other rebel MLAs are camping, Kesarkar said they have not left the Sena, but named their group as Shiv Sena (Balasaheb).

Just 16 or 17 people can not replace the group leader of 55 MLAs and the rebel Sena faction will challenge in the court the order of Maharashtra Assembly's Deputy Speaker Narhari Zirwal replacing Shinde as Shiv Sena group leader, he said.

"The MLAs had told party president Uddhav Thackeray that we should stay with the party with whom we had contested election....When so many people voice the same opinion, there must be some substance in it," he said, referring to the Shinde group's initial demand that the Sena should revive its alliance with the BJP and sever ties with Congress and NCP.

He also said the Shinde group will prove its majority in the Assembly but "we will not merge with any other political party."

"We have decided to name our group Shiv Sena (Balasaheb) because we believe in his (Bal Thackeray's) ideology," he added.

Asked about Uddhav Thackeray-led faction's objection to the use of party founder Bal Thackeray's name by other groups, Kesarkar said, "We will consider it."

To a question when the rebel MLAs would return to Mumbai, he said they will come back "at an appropriate time."

"At present, there is pressure, we don't feel that it is safe to return," Kesarkar said, referring to incidents of attacks on offices and residences of rebel MLAs in Maharashtra.

The rebel faction had nothing against Uddhav Thackeray, he added.