The priests of the temples, including those at Kedarnath, Badrinath, Gangotri and Yamunotri, had been opposing it and organising dharnas across the hill state 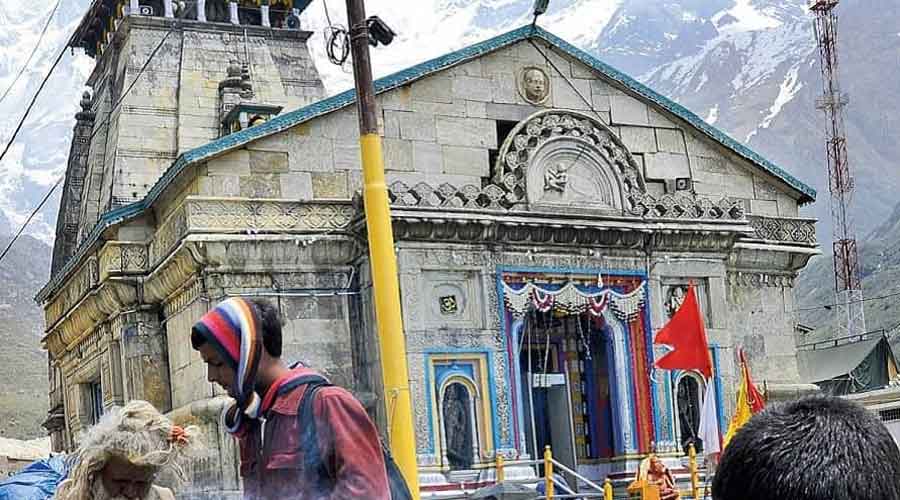 The Uttarakhand government on Tuesday decided to dissolve the controversial Devasthanam Prabandhan Board, which was constituted in 2019 to control the functioning of all the important temples in the state.

The priests of the temples, including those at Kedarnath, Badrinath, Gangotri and Yamunotri, had been opposing it and organising dharnas across the hill state. They had also moved Uttarakhand High Court, alleging that the state government was snatching their centuries-old livelihood and the case is pending.

“We discussed the issue of the Devasthanam board with several social organisations, teerth purohits, the panda samaj and other groups. I had also formed a committee to review the decision and it has submitted a report to me. Keeping in view all aspects, we have decided to scrap the board,” Uttarakhand chief minister Pushkar Singh Dhami told reporters on Tuesday, the fourth day of a dharna in Dehradun by priests from across the state.

The chief minister said the government would dissolve the board in the Assembly during the winter session in December.

The protests at all the important religious sites have been going on for two years and the visits of ministers and BJP leaders have been opposed.

The priests had also planned to protest against the visit of Prime Minister Narendra Modi to Kedarnath on November 5 but had failed because of massive security arrangements.

It is the second poll-time rollback by a BJP government after Modi last week withdrew the three farm laws under the pressure from farmers, who have been on dharna for the past year at several entry points of New Delhi.

The 15,000-odd priests of Uttarakhand returned to their homes after the chief minister’s announcement and an open apology to them by Arvind Pandey, minister of primary education in the state.

“We realised after a discussion with the teerth purohits that it was a wrong decision and decided to withdraw it. We apologise to those who suffered because of the decision,” said Pandey.

Arun Semwal, vice-president of the Gangotri Mandir Samiti, a committee of local priests, said: “The government took long to take a decision. However, we are withdrawing our protest as our demand has been met.”

The priests had claimed that they had been managing the Hindu shrines for centuries but now the state government was eyeing the offerings made by the pilgrims to the temple. It was a source of livelihood for over 15,000 priests in the state and their family members.

They also believe that the government was trying to grab the wealth of the temples by handing over its management to the board, run by politicians and bureaucrats.

The priests had refused to accept the offer of the government to join the board as its members.

The board — a state-run management committee for 51 revered shrines, was constituted when Trivendra Singh Rawat was chief minister.