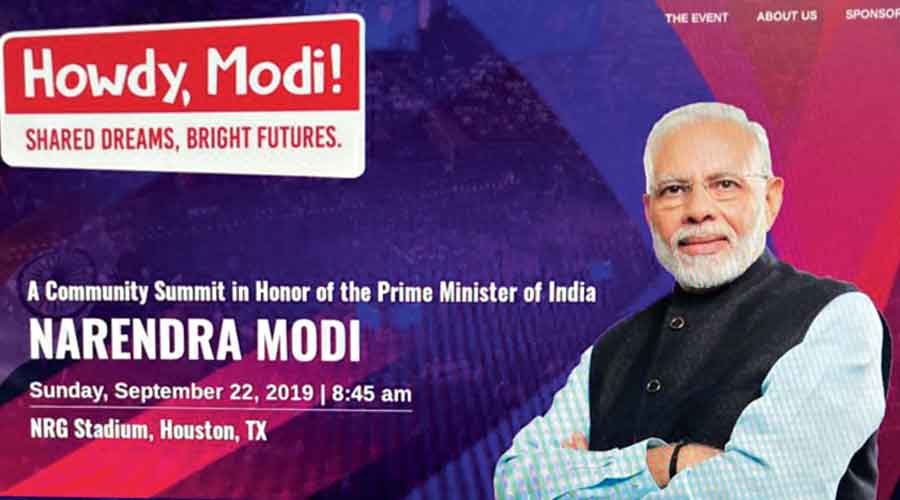 The US Navy has declared with impunity that it carried out an exercise in Indian waters near the Lakshadweep Islands on Wednesday without New Delhi’s prior consent to challenge India’s “excessive” maritime claims.

A statement from the Commander of the US Seventh Fleet said the navy would continue to perform such “freedom of navigation operations” in future to uphold “the rights, freedoms, and lawful uses of the sea recognised in international law”.

Indian navy veterans and defence officials expressed shock that a friendly country would not just transgress Indian maritime policy but advertise it.

The phrase  “Seventh Fleet” has other domestic implications, too, especially against the backdrop of the 50th anniversary of the Liberation of Bangladesh.

Within India, the Seventh Fleet has come to symbolise the country’s will to stand up to a superpower like the US and defy the arm-twisting tactics of Henry Kissinger, Richard Nixon’s hawkish secretary of state, during the Bangladesh Liberation War.

On the swing with Chinese President Xi Jinping, oblivious to the Ladakh mess that lay ahead
Telegraph picture

The Nixon administration had tried to intimidate India and lift the morale of West Pakistan by sending Task Force 74 of the Seventh Fleet to the Bay of Bengal. Led by then Prime Minister Indira Gandhi, India had refused to blink and the Soviet Union had despatched naval units from its Pacific Fleet, helping New Delhi thwart America’s gunboat diplomacy.

This week, the US statement did not mince words: “This freedom of navigation operation (FONOP) upheld the rights, freedoms, and lawful uses of the sea recognised in international law by challenging India’s excessive maritime claims.”

India, which requires other countries to seek permission before carrying out military exercises on its waters, said the US action had violated a UN Convention and that New Delhi had conveyed its concerns through diplomatic channels.

The US Navy had conducted such an operation earlier too, but did not make it public in the manner it has done now.  For instance, an exercise in 2018-19 became known only in 2020 when the report was unclassified.

“India required prior consent for military exercises or manoeuvres in its exclusive economic zone or continental shelf, a claim inconsistent with international law.”

India’s foreign ministry issued a statement on Friday saying: “The Government of India’s stated position on the United Nations Convention on the Law of the Sea is that the Convention does not authorise other States to carry out in the Exclusive Economic Zone and on the continental shelf, military exercises or manoeuvres, in particular those involving the use of weapons or explosives, without the consent of the coastal state.

The Lahore hug with Nawaz Sharif in 2015, marking a naivety that plagued bilateral ties
Telegraph picture

“The USS John Paul Jones was continuously monitored transiting from the Persian Gulf towards the Malacca Straits. We have conveyed our concerns regarding this passage through our EEZ to the government of USA through diplomatic channels.”

India’s defence ministry declined to comment officially. A ministry official said: “This is totally unbecoming of the US since it is among India’s closest strategic partners and both sides have been opposing China’s maritime expansionism, especially in the South China Sea.”

The former navy chief, Admiral Arun Prakash, said there was an irony to the development.

“There is irony here. While India ratified UN Law of the Seas in 1995, the US has failed to do it so far. For the 7th Fleet to carry out FoN missions in Indian EEZ in violation of our domestic law is bad enough. But publicising it? USN please switch on IFF (Identification, friend or foe)!” he tweeted.

The US Navy statement said its forces operated daily in the Indo-Pacific region and all their operations were “designed in accordance with international law and demonstrate that the US will fly, sail and operate wherever international law allows”.

“We conduct routine and regular... (FONOPs), as we have done in the past and will continue to in the future. FONOPs are not about one country, nor are they about making political statements,” the statement said.

In October 2019, the Indian Navy had chased away a Chinese research vessel from Indian waters near the Andaman and Nicobar Islands as it lacked permission to operate there.

Navy chief Admiral Karambir Singh had then said: “Our stand is very clear…. If you have to do anything in our exclusive economic zone, you have to notify Indian navy and take permission.”

The last time the US Navy conducted such an operation in India’s exclusive economic zone was in 2018-19, according to the US defence department that publishes an annual freedom of navigation report “identifying the excessive maritime claims that US forces operationally challenged”.

In an unclassified report to the US Congress in July 2020, the US navy said it had conducted an operation in the Indian Ocean region between October 1, 2018, and September 30, 2019, to preserve the rights, freedoms, and uses of the sea and airspace guaranteed to all nations by international law.