Normalisation of CUET scores has been done separately for each subject, says Jagadesh Kumar 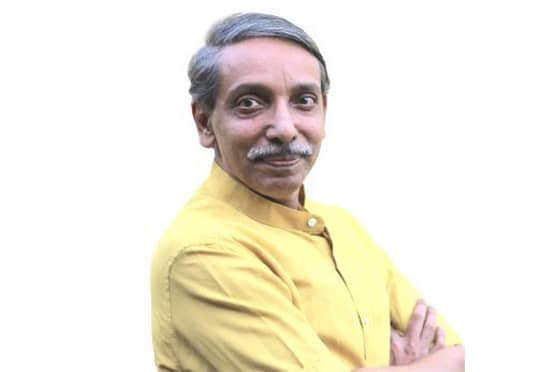 After the Common University Entrance Test results were declared, UGC Chairman M Jagadesh Kumar on Friday said universities will prepare rank lists for undergraduate admissions on the basis of "normalised" scores and not percentile or "raw marks".

Kumar told PTI that the scores have been normalised to provide a level playing field for students who wrote the exam in the same subject on different days or in different shifts.

The results for the debut edition of the Common University Entrance Test (CUET)-UG were declared earlier in the day.

"The rank lists will be prepared by universities using normalised NTA (National Testing Agency) scores and not on the basis of percentile. The scores have been normalised to provide a level playing field for students since they wrote test in the same subject on different days," Kumar said.

"Normalisation of CUET scores has been done separately for each subject for which the exam was held in multiple shifts," he added.

The normalisation formula using the "equipercentile method" has been decided by a panel comprising professors from Indian Statistical Institute, IIT Delhi and Delhi University.

"Unlike CUET-UG, other entrance examinations are limited to fewer subjects. In single session entrance tests, one common statistically established method is used to transform the raw marks into a common uniform scale using the percentile method so that the performance of students can be compared to each other.

"But in entrance tests such CUET-UG, since the test is conducted on different days and in multiple sessions for the same subject, it will give rise to multiple percentiles for each group of students," he added.

Another problem with using only percentiles is that in subjects such as Sports or Fine Arts, some weightage is given to the skill component by some universities, the UGC chief explained.

"But addition of raw marks in the skill component and the remaining weightage of percentile cannot be done to prepare the rank list because it would be similar to adding oranges to apples.

"A solution to this situation is the use of a method called the equipercentile method. In this method, the percentile for each candidate is calculated using raw marks of the candidate as compared to raw marks of others in the same session," he said.

According to Kumar, these percentiles are then equated and converted into normalised marks. For sessions with fewer candidates, these are clubbed with bigger sessions.

"In the equipercentile method, we use the same scale for all candidates independent of the session they appeared in for a given subject making their performance comparable across sessions.

"These normalised marks of the candidates, obtained using the equipercentile method, in different sessions in a given subject can be used in the same way we use the raw marks of a conventional single session examination," Kumar explained.

CUET: Over to varsity merit lists