India played down the impact, saying it was keeping retaliatory tariffs out of its talks with the US 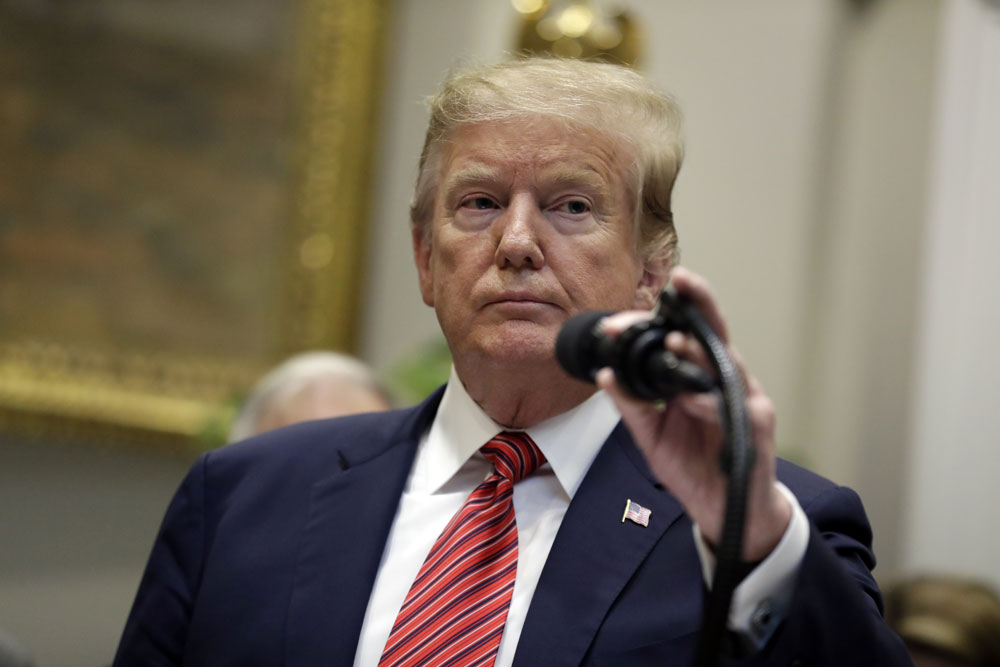 President Donald Trump looked set to open a new front in his trade wars with a plan to end preferential trade treatment for India that allows duty-free entry for up to $5.6 billion worth of its exports to the US.

India played down the impact, saying it was keeping retaliatory tariffs out of its talks with the US.

But the Opposition could seize on the issue to embarrass Prime Minister Narendra Modi ahead of the general election.

Trump, who has vowed to cut US trade deficits, has repeatedly called out India for its high tariffs, and US trade officials said scrapping the concessions would take at least 60 days after notifications to Congress and the Indian government.

“I am taking this step because, after intensive engagement between the United States and the government of India, I have determined that India has not assured the United States that it will provide equitable and reasonable access to the markets of India,” Trump told congressional leaders in a letter.

India is the world’s largest beneficiary of the Generalised System of Preferences (GSP), which dates from the 1970s, and ending its participation would be the strongest punitive action against it since Trump took office.

The US Trade Representative’s Office said India’s removal from the GSP would not take effect for at least 60 days after the notifications.