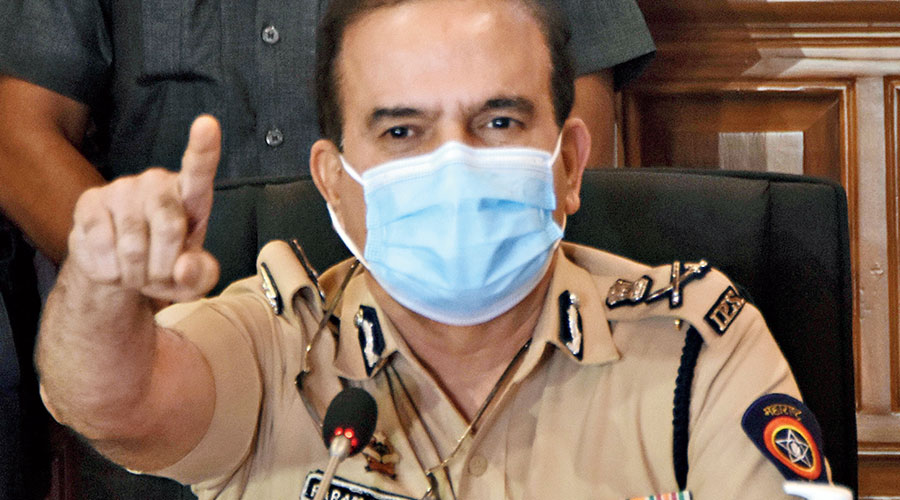 Mumbai police on Thursday claimed to have busted a Television Rating Points (TRP) manipulation racket, adding that four persons have been arrested in this case.

TRP is a tool to judge which TV programmes are viewed the most and also indicates the viewers’ choice and popularity of a particular channel. TRP is calculated on the basis of TV channel viewership in a confidential set of households.

Singh said those involved in the racket would bribe people in these households and ask them to keep some channels switched on even when they weren’t watching or not at home.

Another police official said two former employees of Hansa agency, involved in the process to determine the TRPs, have also been arrested.

Singh said Republic TV channel was also involved in the TRP racket and those responsible will be arrested, be it a director, promoter or any other employee of the channel.

Arnab Goswami, editor-in-chief of the channel, said the Mumbai police chief made false claims against Republic TV as the channel had questioned him in the Sushant Singh Rajput case investigation.

Goswami said the channel would file a criminal defamation case against the Mumbai police commissioner.

The Broadcast Audience Research Council (BARC), the industry body, has not mentioned the channel even in a single complaint, he said, adding that Singh should issue an apology and get ready to face the channel in court.

But the police chief said it was an agency called Hansa, contracted by BARC for monitoring the barometers that track TRPs, that  filed a complaint of the TRP racket, following which an offence was registered.

There are 2,000 barometers installed in Mumbai to monitor TRPs, Singh said.

BARC is set up to design, commission, supervise and own an accurate, reliable and timely TV audience measurement system and is guided by recommendations of Telecom Regulatory Authority of India and Ministry of Information and Broadcasting. It helps provide data points to plan media spends more effectively.

Singh said bank accounts of these channels are also being probed and people responsible for the TRP racket are being summoned by police for further investigation. “Based on these TRP ratings, advertisers pay to advertise on these channels and it is a game of thousands of crore,” Singh said.

Manipulated TRP ratings result in miscalculated targeted audience for the advertisers, he said.

BARC releases weekly rating points for TV channels in India and its officials are also being questioned in connection with the case, he said.

The two channel owners arrested were produced in court and Mumbai police have got their custody till Friday, he said. The arrests were made under sections 409 and 420 of IPC, he added.

“We suspect that if this was happening in Mumbai then it could be happening in other parts of the country as well,” he added.

“During the investigation it came to light that some former employees of the agency (Hansa) were involved in compromising the data and they were sharing it with some television companies,” he said.

It was revealed that these persons had manipulated the sampling metering services by inducing the barometer users through periodical payments to watch particular TV channels, he said.

Many people in whose homes these barometers have been installed, have accepted that they were getting monetary benefit for keeping their TV sets on even when they did not watch it, the IPS officer said.

This was apparently done for “wrongful gains” of some TV channels and resulted in losses to advertisers and their agencies, he said. “We are also probing if the funds which came to these channels are from proceeds of the crime. Action will be taken accordingly,” Singh said.