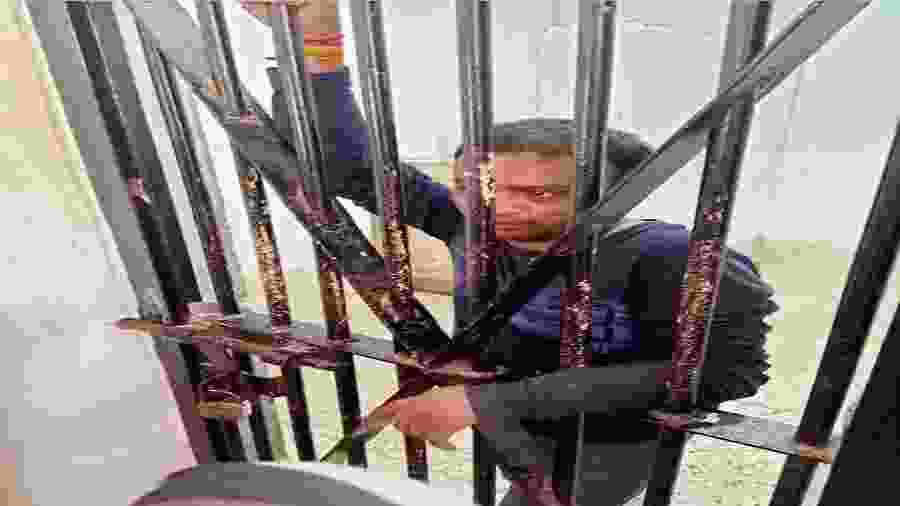 A Tripura court has taken suo motu cognisance of the statement of an arrested video journalist that he was tortured and forcibly made to drink alcohol in police custody on Tuesday night.

Dey, 33, was picked up by the officer in-charge of the College Tilla Police Outpost, Arindam Roy, from near a petrol pump where the video journalist had gone to cover the rationing of fuel from Tuesday night following the disruption in rail and road traffic because of landslides in Dima Hasao.

When Dey himself ran out of fuel at the petrol pump, the manager tried to help him but others in the long queue objected to it. The police, too, asked Dey to leave but he was picked up from a bank located nearby and taken to the East Agartala police station by Roy.

Dey was later charged under Section 90 of the Tripura Police Act, dealing with creating nuisance under the influence of alcohol, a bailable offence.

According to Dey’s counsel Bhaskar Debbarma, Dey in his recorded statement in the court said he was neither granted bail at the police station nor allowed to contact his family members.

On Wednesday, Dey narrated his ordeal to The Telegraph from a hospital where he was taken for a medical examination.

“The OC apparently took offence because I had referred to him as ‘dada’ and not as ‘sir’ because he was a gazetted officer. He also said we do negative news. I was beaten up, forcibly made to drink alcohol and asked to take my pants off. I have said everything in the court,” Dey said.

The police could not be contacted for their version.

Debbarma said besides the suo motu case, the complaint lodged by Dey in the police station had also been registered.

“Both the OC of College Tilla outpost and OC of East Agartala police station will face inquiry,” he said.

with the Agartala Press Club seeking the intervention of chief minister Manik Saha who assumed charge on Sunday.

They also staged a dharna in front of the police headquarters in Agartala for an hour.

Pranab Sarkar, Agartala Press Club secretary and one of Dey’s counsel, told The Telegraph that the chief minister had not only condemned the arrest but also sought a report on the incident besides giving an assurance that OC Roy would be suspended.

Roy was suspended with effect from Wednesday afternoon.

The suspension order, issued by West Tripura superintendent of police B.J. Reddy, said a departmental proceeding was under contemplation against Roy for “his gross misconduct” on duty in dealing with arrested accused person and lapses in following legal procedures.

It also said the officer “failed” to properly handle a sensitive matter besides not following the orders of superior authority while he was posted at the outpost.

The Tripura Trinamul unit hit out at the BJP-led state government for restricting freedom of press and asked how assaulting journalists could be acceptable.

The Trinamul tweeted: “ YET ANOTHER ATTEMPT BY  @BJP4Tripura TO STRANGULATE DEMOCRACY! Journalist arrested, thrashed. New CM trying hard to prove himself?  @narendramodiji, is this what you instructed @DrManikSaha2 to do? Attack the Fourth Pillar of Democracy? #ShameOnBJP.”