It said as part of the drive, nutritious foods would be provided to pregnant women 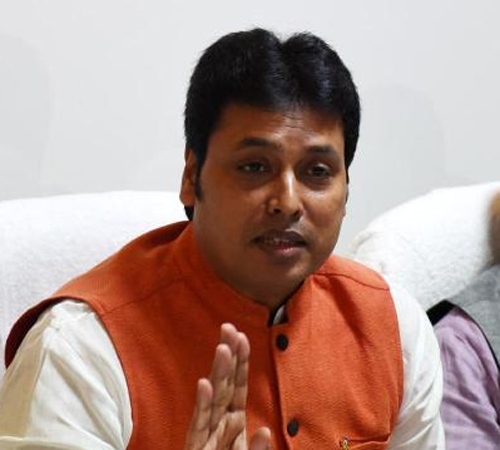 Tripura chief minister Biplab Kumar Deb started a drive against malnutrition on Saturday and met some expectant mothers at their residences and gave them nutritious food.

A press release issued by the chief minister’s office on Sunday said, “He met some expectant mothers at their residences in Banamalipur which falls under his constituency. He informed them about government health schemes and gave them letters wishing good health. Such letters will now reach every expectant mother across Tripura.”

It said as part of the drive, nutritious foods would be provided to pregnant women.

“The chief minister has appealed to the people’s elected representatives, BJP karyakartas and MLAs to carry out the programme across the state. He also urged the Mahila Morcha and representatives at various levels to be part of the drive,” it added.

Deb also said the campaign would not be successful without everybody’s participation.

Deb said he was committed to eradicate malnutrition from Tripura.

The press release added if needed, the party karyakartas would collect donations to provide financial support to pregnant women.