Opposition demand for select committee rejected, but Rajya Sabha could be a hurdle 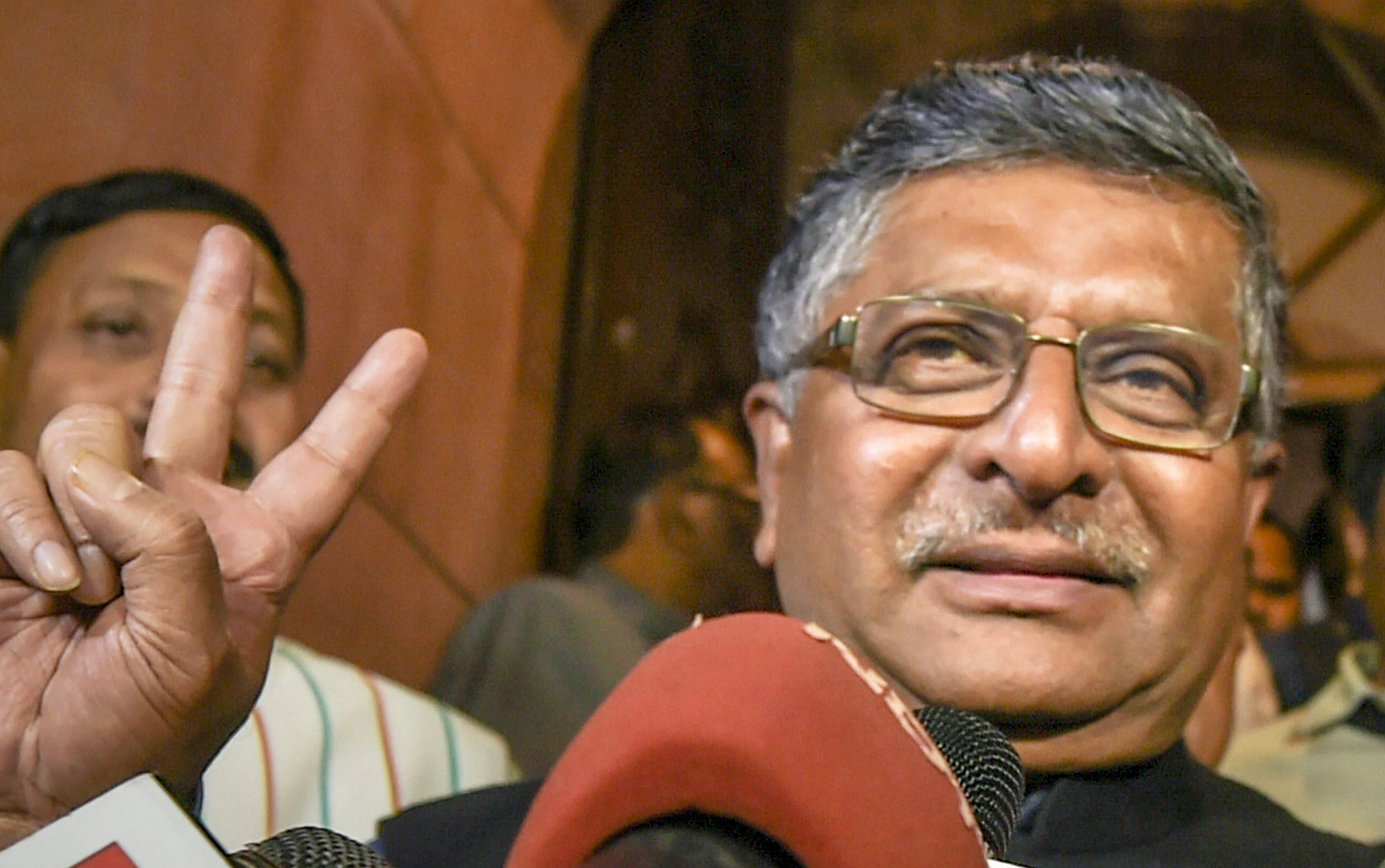 The Narendra Modi government on Thursday used its overwhelming majority in the Lok Sabha to push through the bill to criminalise instant triple talaq, sweeping aside the wider Opposition’s reservations and its demand to send the bill to a parliamentary panel for scrutiny.

The Muslim Women (Protection of Rights on Marriage) Bill, 2018, brought to replace an ordinance, will now be sent to the Rajya Sabha. Given the Opposition mood in the Lok Sabha, the government would find it difficult to push the bill through in the upper House where it lacks majority.

Even Opposition parties known to be friendly towards the government — the AIADMK, BJD and the TRS — joined the Congress, Trinamul Congress, Telugu Desam Party, Samajwadi Party, CPM, Nationalist Congress Party, the Rashtriya Janata Dal and others to oppose the bill, calling it “arbitrary” and “politically motivated”.

Most parties opposed the move to criminalise an essentially civil matter and accused the government of “targeting one religion” and rushing the bill with an eye on the 2019 Lok Sabha elections.

The Opposition demanded that the bill be sent to a select committee of members from both Houses of Parliament for time-bound deliberations with the stakeholders.

The government rejected the demand and passed the bill amid a walkout by the Congress, AIADMK and some other Opposition parties.

Apart from law minister Ravi Shankar Prasad, the government fielded women MPs Meenakshi Lekhi and Smriti Irani, who is also the textiles minister, to attack the Opposition and accuse it of denying justice to Muslim women for “vote-bank politics”.

Opposing the bill, Congress MP Sushmita Dev said the government’s intention was suspect and added it was known for: “Muh mein Ram, bagal mein chhuri (Ram’s name on the lips and knife in the pocket).”

Dev asked how the husband would reconcile or pay subsistence to the wife if he is sent to jail under the proposed law. The bill provides for three years’ imprisonment to the husband who goes for instant talaq. “This law is about penalising a Muslim man and not empowering the Muslim woman,” she said.

TRS leader Jeetendra Reddy said the “intent and timing of the bill” was suspect. “Reforming religion is not the mandate of the government,” he said and added the bill was meant to “target one community or faith”.

The NCP’s Supriya Sule asked: “Which marriage is going to be saved by putting the husband in jail?” She urged the government to “put its hand on its heart and say it is not a politically but socially motivated” bill. “Why are you not worried about women being deserted (irrespective of religion)?” she asked.

The CPM’s Mohammad Salim accused the government of “depriving Muslims of their basic human rights” and treating them as “second-class citizens”. He raised the issue of lynchings by cow vigilantes and said the government’s show of concern for Muslim women was like shedding “crocodile tears”.

The Congress’s Mallikarjun Kharge said: “The bill is intended to divide the society instead of integrating it.” He added that it goes against the Constitution, violates Muslim personal law and discriminates on the basis of religion, and asked why husbands belonging to other religions who divorce their wives are not declared “criminals”.

In his reply, law minister Prasad firmly rejected the Opposition’s objections and claimed the bill was not “politically motivated” but “humanist” and was intended to give justice to Muslim women.

The minister said the improved bill provides that an FIR will only be filed by the divorced woman or her relatives and rejected the charge of misuse. The magistrate can give bail to the husband after hearing the wife and a 3-year jail term would be awarded only after trial and conviction, he argued

Contesting the Opposition’s argument that sending the husband to jail would deny subsistence or maintenance allowance to the wife, Prasad voiced the hope that most cases would be resolved in the first hearing and stressed the law would act as a deterrent. “Deterrence is always important to contain the crime,” he said.