The coverage of the visit was 'absolutely unethical and morally incorrect' 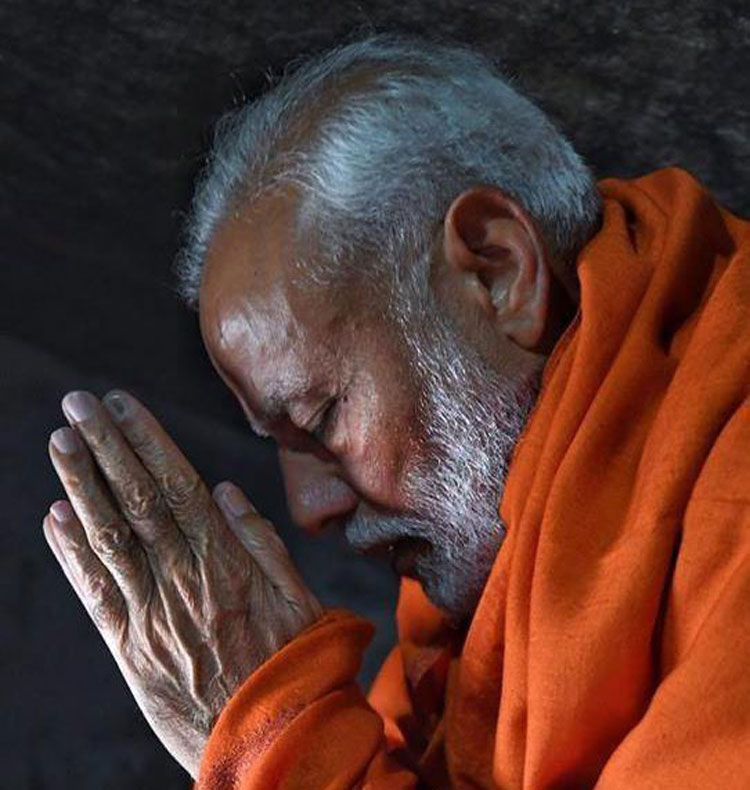 Prime Minister Narendra Modi in a holy cave near the Kedarnath Temple during his two-day pilgrimage to Himalayan shrines in Rudraprayag on Saturday
Picture by PTI
PTI   |   New Delhi   |   Published 19.05.19, 06:02 AM

The Trinamul Congress wrote to the Election Commission of India on Sunday, alleging the visit of Prime Minister Narendra Modi to the Himalayan shrine of Kedarnath is a violation of the model code of conduct.

“Even though the Election campaign for the last phase of polling for 2019 Lok Sabha is over as long as back on May 17 at 6 pm, surprisingly Narendra Modi's Kedarnath Yatra is being covered and widely televised for the last two days in all national as well as local media. This is a gross violation of the Model Code of Conduct,” Trinamul spokesperson Derek O'Brien said in the letter.

He said the Prime Minister even announced that the master plan for the Kedarnath Temple is ready and also addressed the public and the media at the temple town.

“It is absolutely unethical and morally incorrect.

“Every minute detail of his activities during the visit is being widely publicised with an ulterior motive to influence voters directly and/or indirectly.

“‘Modi Modi’ chants are also being heard from the background,” he said.

The Trinamul leader said that the move was well calculated with the “ill intention to influence the voters” on the polling day.

It is unfortunate that the poll body has not taken any action against the PM, he added.

“Election Commission, the highest body and the eyes and ears of the democratic process, remains blind and deaf to the gross violation of the MCC. I would request you to take immediate action and stop telecast of such surreptitious and unfair campaign which is also morally wrong,” he said.

Modi, who is on a two-day visit to Uttarakhand, reached Kedarnath on Saturday and is expected to be at Badrinath temple on Sunday.