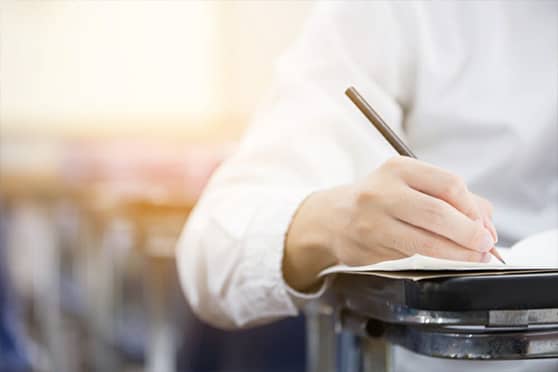 The National Testing Agency (NTA) has dropped its plan to conduct a Common University Entrance Test (CUET) for PhD courses. The NTA, a Union government agency, had proposed a CUET-PhD this year and sought feedback from all central universities.

The vice-chancellor of a central university confirmed the development. “Yes, they (NTA) have logistics issues,” the VC said, requesting anonymity. The Telegraph sent a WhatsApp message to NTA director-general Vineet Joshi on Sunday asking whether the agency had cancelled its plan to hold a CUET-PhD, but was yet to receive a response.

It is learnt that the NTA took the decision because of its heavy work burden on account of the undergraduate and postgraduate CUETs.The NTA has attracted widespread criticism over glitches and postponements that marred the CUET-UG, which concluded in August-end. Six lakh among the 15 lakh candidates who had registered did not appear in the exam because of the delays. The central universities have now begun their own PhD admission processes.

The JNU prospectus for PhD admission in 2022-23 provides for a computer-based test. The smaller and newer central universities that had consented to take part in the CUET-PhD are expected to admit students from among those who have qualified for the Junior Research Fellowship (JRF), based on their performance in the National Eligibility Test (NET).

Students expressed concern over a growing trend among universities to base PhD admission on the NET-JRF, contending that the multiple-choice-question format of the NET was not tailored to test the strength of research candidates’ domain knowledge.

“In the social sciences particularly, students cannot be judged on MCQ-based tests. They find it difficult to answer in simple ‘yes’ or ‘no’. Should they not get an opportunity to do a PhD? Selection to PhD courses based on the NET-JRF is exclusionary,” said Abhisekh Nandan, president of the students’ union at HCU, suggesting that analytical and long-answer formats suited research exams better.

He said the NET was meant to select assistant professors, and that the skills required for research were different from those needed for teaching assignments. The central universities exempt JRF holders from the written section of the PhD entrance exam for many courses, allowing them to take the interview directly. Parichay, an MA from Pondicherry University who has been selected for the JRF this year, said each university had certain areas of specialisation – a diversity that a centralised admission test would fail to nurture.

“Common tests like the NET or the proposed CUET-PhD would assess common skills, not what the specialised course demands. Some students narrowly miss the NET-JRF. They have to wait another year to reappear in the exam. This is a hassle for students,” he said.