Telecom and road hurdle to Chinese 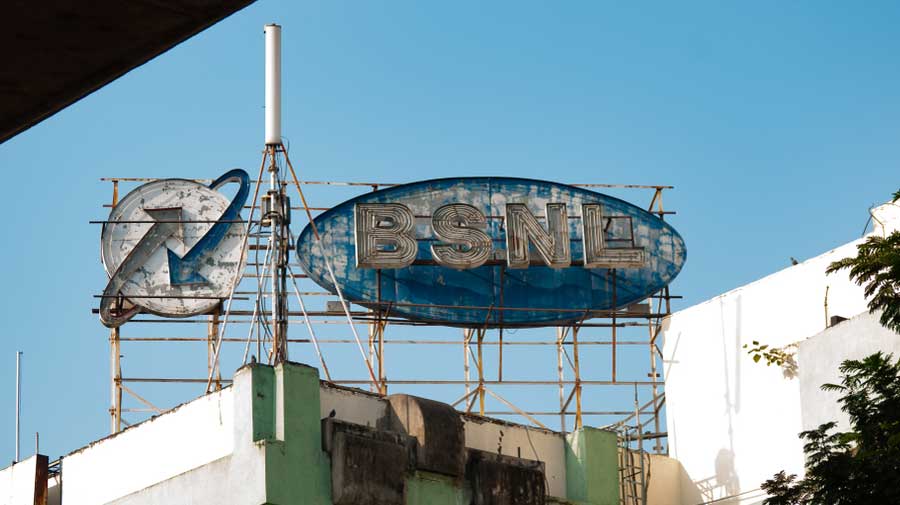 Highways and telecom are the two new sectors where the Narendra Modi government plans to raise entry barriers to Chinese businesses.

The BSNL cancelled on Wednesday a tender for rolling out the 4G network after the department of telecom (DoT) asked the telecom operator to stop using Chinese telecom equipment, delivering a massive blow to ZTE, the Chinese partner it was working with.

“Tender for planning, engineering, supply, installation, testing commissioning and annual maintenance of 4G mobile network in the north, east, west and south zones of BSNL and Delhi and the Mumbai licensed service area (LSA) of MTNL on a turnkey basis issued on March 23, 2020, is hereby cancelled,” state-run BSNL said in a notification.

In May, BSNL had approved plans to upgrade 49,300 2G and 3G base stations to 4G-enabled ones in partnership with ZTE and Nokia of Finland.

However, the DoT has now expressed strong displeasure at the involvement of the Chinese company.

The ailing telecom operator will now float a new tender that will largely focus on providing a fillip to the Prime Minister’s Make-in-India mission. It was not immediately clear whether telecom network suppliers like Nokia or the Swedish firm Ericsson would be allowed to participate in the new 4G tender.

At the same time, Nitin Gadkari said the government would not allow Chinese companies to participate in highway projects -– even barring the award of contracts to joint ventures in which they were partners.

“We will not give permission to joint ventures that have Chinese partners for road construction. We have taken a firm stand that if they (Chinese companies) come via joint ventures in our country, we will not allow it,” Gadkari told PTI in an interview.

“We have taken a decision to relax norms for our companies to ensure that they qualify in bidding in large projects. I have directed the highways secretary (Giridhar Aramane) and NHAI chairman (S.S. Sandhu) to hold a meeting in order to relax technical and financial norms so that our companies can qualify.”

One of the major projects that could be impacted by the decision is the 1,300km Delhi-Mumbai expressway, a flagship project of the Modi government that is estimated to cost Rs 1 lakh crore. A bid submitted by the Chinese firm is likely to be cancelled.

According to the company website, MEP Infrastructure holds a 51 per cent stake in the joint ventures for various highway projects. These Chinese firms are minority partners and were drafted in for projects where tunnelling or other sophisticated engineering work had to be undertaken.

Officials said there were not many Chinese firms in the area of road construction, unlike the power and telecom sectors. They claimed several Indian firms were capable of undertaking these projects. In any case, Chinese firms are not allowed to take part in highway projects in the Northeast or Jammu and Kashmir.

The DoT has asked Internet service providers and telecom firms to block access to the 59 banned apps. It has directed all Internet service licensees to block the IP addresses, domains, communication details and Play Store/ App Store websites with immediate effect. It also asked the operators to submit compliance reports immediately, failing which action would be taken.

Information technology minister Ravi Shankar Prasad said India must develop its own apps and stop depending on foreign apps.

“The dependence on these foreign apps, which have their own agenda for a variety of reasons, must stop,” the minister said.

He said the ban presented an opportunity for Indian start-ups and bright young minds to come up with “good” Made-in-India apps.

“I don’t want to go into the details…. Emergency powers have been exercised and the legal process is being followed,” he said.

In an open letter posted on the company’s website, TikTok CEO Kevin Mayer said the platform had encountered an unfortunate challenge in India and that “we stay resolved and committed to our mission, and are working with stakeholders to address their concerns”.

BSNL officials had earlier said the decision to buy only India-made equipment would raise the cost of procurement by more than 25 per cent. The sudden change will also delay the rollout of the 4G network by the state-owned telecom company.

BSNL is aiming to spend around Rs 12,000 crore to build its 4G network covering top cities and towns.

There is no word yet whether Huawei will be allowed to participate in the 5G trials that are yet to start. Last December, Huawei had been allowed to take part in the trials and had been signed up for the tests by Vodafone and Airtel.

The two legacy telecom players have also signed up for these trials with other partners like Ericsson and Nokia. Reliance Jio has signed on Samsung as its partner for 5G trials that are yet to start.