Advertisement
Home / India / Tejashwi to get engaged on Thursday

Tejashwi to get engaged on Thursday 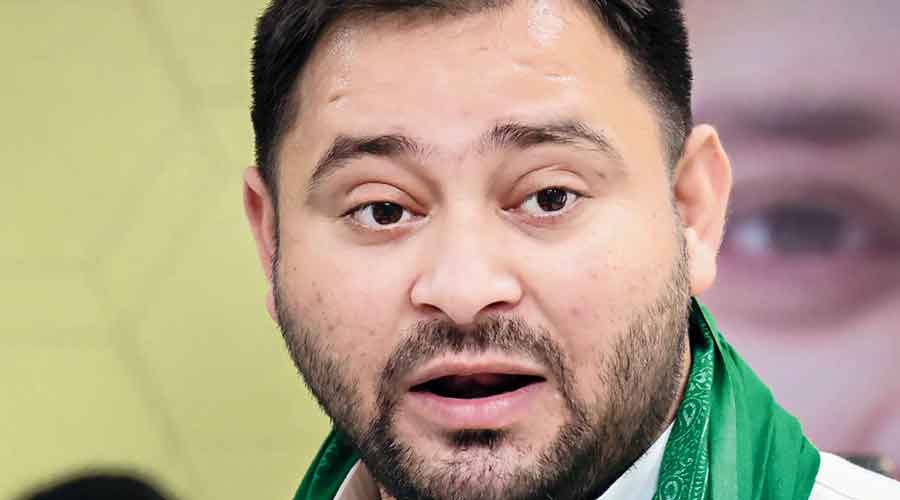 Tejashwi Prasad Yadav, RJD leader and Lalu Prasad’s younger son, is going to be engaged to his long-time friend in Delhi on Thursday.

The wedding date has not been declared yet, but is expected to happen soon.

It is being speculated that the nuptials will be held either before December 14 or after January 14 when the “kharmas”, or inauspicious month as per the Hindu calendar, ends. Lalu has not been keeping well due to diabetes and heart and kidney ailments.

The would-be bride is said to be from Haryana and a long-time friend of 32-year-old Tejashwi. His family members also know her.
Celebrations have begun at the RJD headquarters in Patna and at the residences of the party MLAs after they received the news. They have distributed sweets among people.

RJD lawmaker from Maner, Bhai Virendra, who has been associated with Lalu since 1980, said on Wednesday: “I had prior knowledge that Tejashwi will be engaged on December 9. The news is out now. Our leaders Laluji and his wife, former chief minister Rabri Devi, will reveal the details about the girl. I am just wishing that the wedding ceremony is held in Patna.”

The engagement will be held in Delhi at the residence of Lalu’s eldest daughter and Rajya Sabha member Misa Bharti. Several of his family members, including elder son Tej Pratap Yadav, the Hasanpur MLA, are already there.

Tejashwi is the only one among the nine children — seven daughters and two sons — of Lalu and Rabri who is yet to be married. He became an MLA from Raghopur in 2015 and was made deputy chief minister in the Nitish Kumar-led Grand Alliance government that ruled Bihar till 2017.

Tejashwi had received around 44,000 marriage proposals in 2016 when as deputy chief minister he launched a WhatsApp number on which people could send complaints about bad roads. Many girls had even sent their bio-data and photographs as part of their marriage proposal.

Tejashwi, who dropped out of Class X and decided to pursue cricket as a career, had been part of the Delhi Daredevils team in the Indian Premier League (IPL) from 2008 to 2012 and also played for Jharkhand. He retired from cricket in 2013 and entered politics.