The Samyukta Kisan Morcha, banner under which farmer unions and collectives are protesting, has made it clear that nothing short of a repeal will be accepted 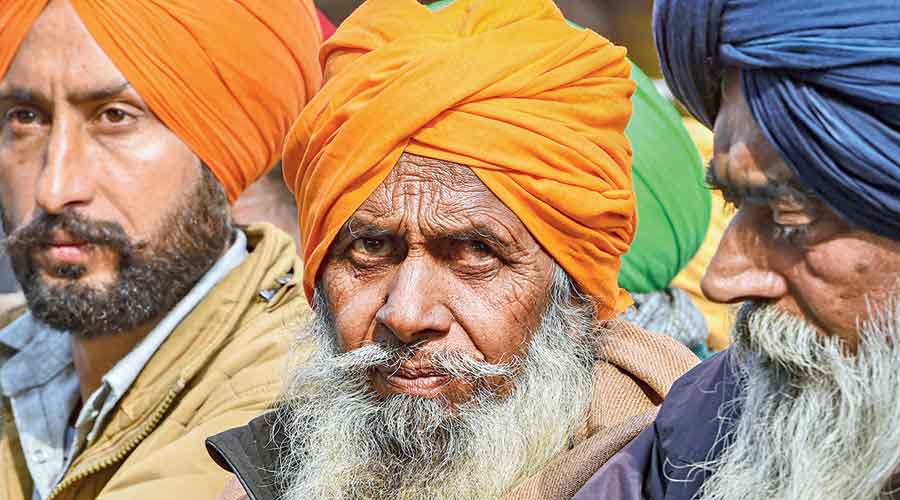 The Supreme Court on Tuesday appointed a committee on the three farm laws and stayed their implementation as it had indicated a day earlier.

All four members of the committee have in the past come out in public in support of the new laws, leaving the protesting farmers feeling vindicated in their decision not to participate in the panel’s proceedings.

Two of the four members of the committee, set up to broker peace between the government and the tens of thousands of farmers on dharna outside Delhi against the laws for over 40 days, are academics and two are farm leaders.

Ashok Gulati, the Infosys chair professor for agriculture at the Indian Council for Research on International Economic Relations, had likened the laws to a “a 1991 moment for agriculture’’, referring to the opening up of the economy by the P.V. Narasimha Rao government under then finance minister Manmohan Singh’s watch.

Parmod Kumar Joshi, former South Asia director of the Washington-based International Food Policy Research Institute, wrote in an article in Financial Express last weekend: “Scrapping the three farm laws will be disastrous for the entire agriculture sector, more so for the farmers.”

Anil Ghanwat, president of the Shetkari Sanghatana, has said the laws should not be repealed while stating on record that the government did not discuss the farm laws in detail with farmers before introducing them. He has called for amendments to factor in farmers’ concerns.

Bhupinder Singh Mann, chairman of the All-India Kisan Coordination Committee, a platform supporting the laws, had written to agriculture minister Narendra Singh Tomar demanding that the laws not be repealed. He too suggested amendments that would plug the loopholes in the laws and has supported the amendments proposed by the government.

The Samyukta Kisan Morcha, the banner under which more than 40 farmer unions and collectives from across the country are protesting against the laws, has made it clear that they will accept nothing short of a repeal.

After repealing the “black laws” that, they say, only serve corporate interests and will be a “death warrant” for farmers, the government should hold a dialogue with farmers and bring in new laws to reform agriculture.

Balbir Singh Rajewal, who heads a BKU faction in Punjab, said on Tuesday all the four members are “pro-government” and have supported the farm laws.

“We cannot accept a committee loaded with people who have written articles in the media in support of the laws. In any case, we have in principle refused to accept a committee to resolve the issue. We see it as an effort to divert attention from the real issue and reduce pressure on the government,” he said.

On Monday night, the Morcha had announced that it would not participate in the proceedings of any such committee.

“This was a precautionary measure we took in view of yesterday’s hearings where there was talk of a committee. We knew that the government was trying to thrust a committee on us,” Darshan Pal of the Krantikari Kisan Union said on Tuesday.

The Morcha has over the past month repeatedly rejected the government’s proposal to set up a committee to resolve the differences, labelling it a strategy to stall and tire out the farmers protesting on the road in the cold.

CPM general secretary Sitaram Yechury tweeted on Tuesday: “Can anyone expect the protesting farmers demanding repeal of Agri Laws to talk to such a committee? Why should they? Farmers are left with no other option than to boycott this committee?”

Congress media in-charge Randeep Singh Surjewala tweeted links to articles and statements by the four committee members in support of the laws and wrote: “For any ‘committee’ to be independent, its credibility must be beyond any doubt. How can anyone trust a ‘committee’ whose members have already spoken so loudly in favour of Modi govt’s draconian farm laws?”

Congress leader Jairam Ramesh tweeted: “When you want a consensus you get a group with different viewpoints together. The G-4 on farm laws is a quartet of evangelists. Where is the other viewpoint? In sports, there is a name for this.…”