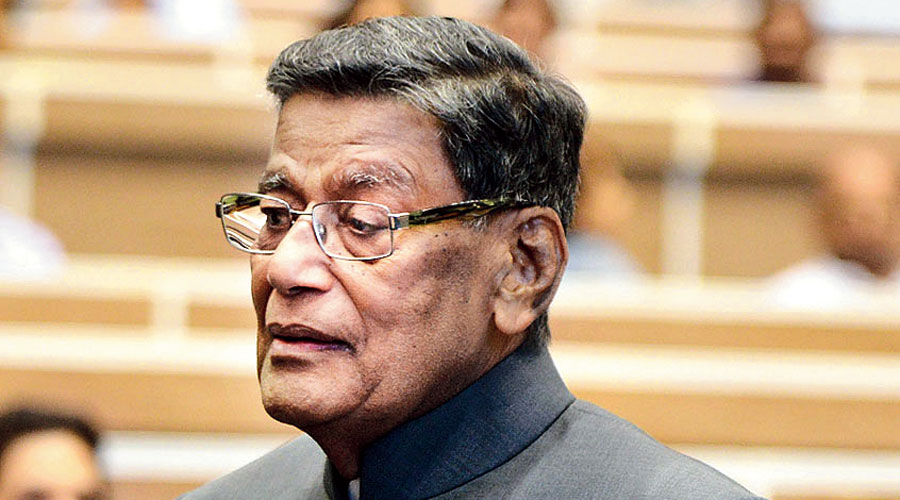 The Supreme Court on Thursday asked attorney-general K.K. Venugopal to assist it in determining whether citizens have a right to allege corruption among sitting and former judges and, if yes, under what circumstances this right can be exercised.

The request came in the context of the 2009 contempt proceedings against lawyer-activist Prashant Bhushan, who had told Tehelka magazine that year that half the 16 former Chief Justices of India (CJIs) were corrupt. Bhushan had qualified his allegation by saying he had no evidence to back it up.

The apex court had last month convicted Bhushan of criminal contempt for two tweets posted in June this year about past and present CJIs, fining him Re 1 after he refused to apologise.

The same bench of Justices Arun Mishra, B.R. Gavai and Krishna Murari was hearing the 2009 case too, but had decided to expand its scope beyond Bhushan and examine the larger issue of citizens’ right to allege corruption by judges.

However, with Justice Mishra retiring on September 2, Chief Justice S.A. Bobde has constituted a new bench to hear the matter.

On Thursday, when the 2009 case came up before the bench of Justices A.M. Khanwilkar, Dinesh Maheshwari and Sanjiv Khanna, they sought the attorney-general’s assistance and posted the next hearing to mid-October.

“Registry is directed to furnish complete record of this proceeding(s) in the office of the Attorney General for India, who is requested to appear in the matter to assist the court. List the matter in the week commencing from 12.10.2020,” the bench said after briefly hearing senior advocate Rajeev Dhavan, who appeared for Bhushan.

On August 17, the bench headed by Justice Mishra had held that the matter had far-reaching ramifications and decided to frame certain broader questions for consideration by the apex court.

“The question that has been framed by this court has certain far-reaching ramifications on which we would like to hear the learned counsel for the parties,” that bench had said.

“We would also like the learned counsel to address this court on the following additional issues: (i) In case a public statement as to corruption by a particular judge(s) is permissible, under what circumstances and on what basis it can be made, and (what are the) safeguards, if any, to be observed in that regard?

“(ii) What procedure is to be adopted to make (a) complaint in such cases when the allegation is about the conduct of a sitting judge? (iii) Whether against retired judge(s), any allegation as to corruption can be made publicly, thereby shaking the confidence of general public in the judiciary; and whether the same would be punishable under the Contempt of Courts Act.”

In June, Bhushan had alleged in a tweet that democracy had been destroyed during the tenure of the last four CJIs. In another tweet he had questioned CJI Bobde’s act of posing for pictures on a Harley-Davidson without a mask at a time when he had suspended physical court hearings citing the pandemic.