SC brake on Tripura crackdown on lawyers and journalist

Apart from seeking a quashing of the FIRs against them and protection from arrest, the petitioners have challenged the constitutional validity of the anti-terror UAPA 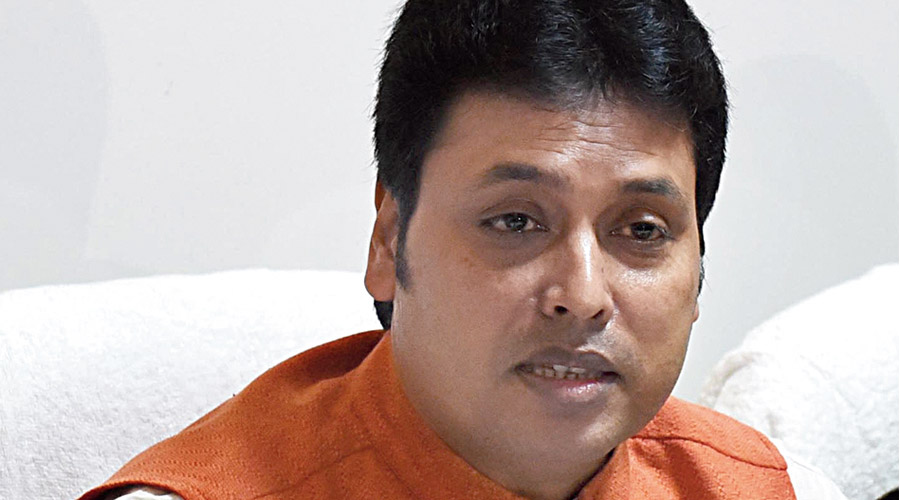 The Supreme Court on Wednesday restrained the Tripura government from taking any “coercive steps including arrest” against a journalist and two advocates who have been booked under terror and criminal laws for their social media posts on the recent violence in the state.

Issuing notices to the Centre and Tripura, a bench headed by Chief Justice of India N.V. Ramana said: “In the meantime, no coercive steps including arrest shall be taken against the petitioners.”

After Uttar Pradesh, Tripura has emerged as the new battleground for freedom of expression. The BJP is in power in both states. As many as 102 people have been booked under the UAPA in Tripura for sharing “objectionable news items/ statements” about the anti-Muslim violence that broke out after the VHP held a protest last month against the attacks on Hindus in Bangladesh during Durga Puja.

Gaur and Ansari were in a team of four advocates who had visited Tripura on a fact-finding mission after hearing of anti-Muslim violence in the state. On November 2, the team published a report, “Humanity Under Attack in Tripura #Muslim Lives Matter”.

The two of them also wrote social media posts on the violence. Journalist Singh too tweeted: “Tripura is burning.”

The Tripura government has steadfastly denied the occurrence of widespread violence and accused “vested interests” of stoking communal tension.

The petitioners underlined that if the State was allowed to criminalise the very act of fact-finding and reporting — and that too under the stringent provisions of the UAPA in which anticipatory bail is barred and chances of regular bail are remote — the only facts that would come out in the public domain would be those that are convenient to the State.

Apart from seeking a quashing of the FIRs against them and protection from arrest, the petitioners have challenged the constitutional validity of the anti-terror Unlawful Activities (Prevention) Act, which has been invoked against them along with several penal code sections.

Justice Ramana said the validity of the UAPA would be taken up at a later stage as the court was at present concerned with the liberty of the petitioners. Bhushan agreed with the bench.

The West Tripura police registered the case against the trio on November 3. The police also issued notices to the two lawyers asking them to delete “these fabricated and false” statements and appear before them by November 10 for questioning.

Tripura advocate-general S.S. Dey told The Telegraph on Wednesday evening: “The state did not contemplate any coercive action and accordingly, the state police did not issue any warrant of arrest.”

Two women journalists, who had visited Tripura to report on the violence, were detained in Assam, another BJP-run state, on Sunday and later arrested but released by a court on Monday.

Initially on Wednesday, Justice Ramana said he had read in news reports that the three petitioners had been released on bail. But Bhushan clarified that the report was about certain other accused.