NEP: Students can design half their curricula under new feature

Narendra Modi announced a host of initiatives, including the ABC architecture, while speaking about the National Education Policy completing a year 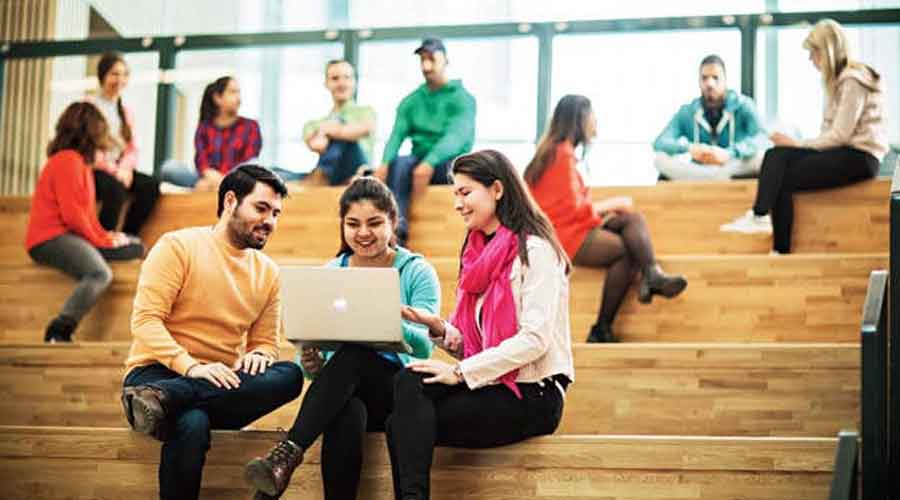 The new regulations are expected to benefit private institutions that lag in the infrastructure required for physical classes and whose degrees are not necessarily coveted by students.
File photo
Basant Kumar Mohanty   |   New Delhi   |   Published 30.07.21, 01:54 AM

Undergraduate and postgraduate students enrolled in general stream programmes can design half their curricula themselves under a new feature of the education policy that comes into effect from the upcoming academic year, expected to start in October.

Students will have to study a minimum 50 per cent of the core subjects of their academic programme, and at the parent institutions where they are enrolled. But for the other half, they can choose any combination of papers in any subject from any university — or set of universities — and pursue it online or offline.

For example, a physics student enrolled with one university can map out up to half her curriculum with papers in, say, English, sociology and zoology from multiple institutions. The credits the students earn from the other universities can be deposited in an Academic Bank of Credits (ABC) and redeemed when their parent universities award their degrees.

Prime Minister Narendra Modi on Thursday announced a host of initiatives, including the ABC architecture, while speaking about the National Education Policy completing a year.

The ABC will be an online entity where students can operate their own Academic Bank Account, depositing with it all their academic credits earned from various courses and institutions.

To make the system a success, all the Higher Educational Institutions (HEIs) will have to amend their academic rules and register with the ABC.

Some academics fear the freedom given to students to decide up to half their curriculum would lead to a dilution in the value of the degrees awarded.

“Registered HEIs shall encourage and enable students to customise or design their own degrees utilising courses selected by the student from among courses offered by one or more of the registered HEIs,” the regulations say.

“Besides, the dilution of coursework will damage the employability of the degree holders further,” she said.

Richa Raj, another teacher from a DU college, regretted that the ABC was being “imposed” during a pandemic without enough discussion. She said its use for privatisation of education and the contractualisation of teaching jobs would be resisted.

The new regulations are expected to benefit private institutions that lag in the infrastructure required for physical classes and whose degrees are not necessarily coveted by students. They can now teach part of the curriculum offline while the student gets the degree from a reputable government or private university.