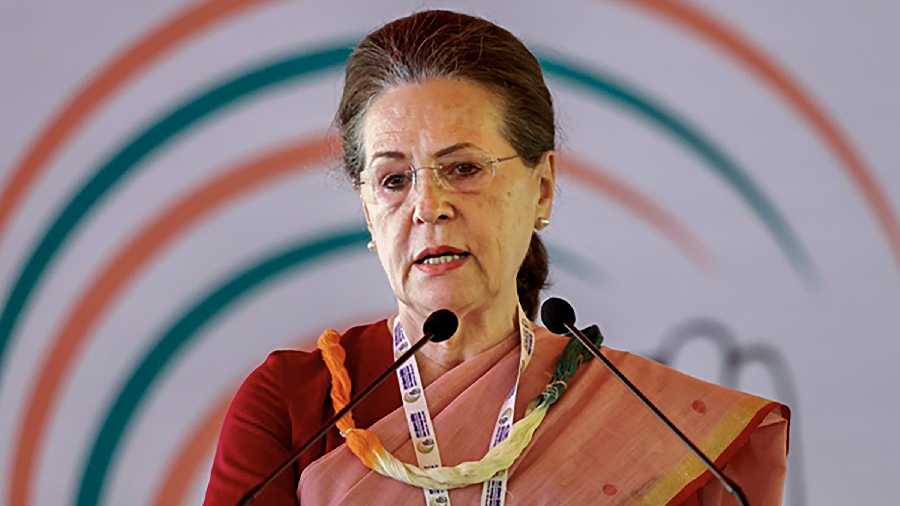 Congress president Sonia Gandhi Saturday termed "directionless" the Centre's 'Agnipath' scheme for recruitment in the armed forces, and said her party will work for its withdrawal.

She also appealed to the youths protesting against the scheme to adopt peaceful and non-violent means to fight for their demands.

"It is unfortunate that the government has announced a new armed forces' recruitment policy, which is completely directionless and it has done so while ignoring your voices," she said in a statement in Hindi, addressed to the youths.

Declaring her party's support for them, the Congress president said along with the youths, several ex-soldiers and defence experts have questioned the scheme.

Gandhi, who is being treated at a hospital here for a lower respiratory tract infection and post-Covid symptoms, said she can understand the pain of the youths over the "three-year delay" in recruitment despite lakhs of vacancies in the Army.

Gandhi said she also empathises with the youths who are awaiting results and appointments after taking the test for induction in the Air Force. "The Congress stands with you with full force and promises to struggle for your interests and for the withdrawal of this scheme."

"Like true patriots, we will articulate your voices following the path of truth, non-violence, resilience and peace," she told the youths in her letter.

"I appeal to you to use peaceful and non-violent means to protest for your rightful demands. The Indian National Congress is with you," the Congress chief said.

Youths across the country have taken to the streets and are protesting against the new short-term recruitment scheme for entry in the armed forces. There have been violent protests in several places and irate youths have torched trains and damaged public property at various places.