Families raise questions, while some officials point to security lapse 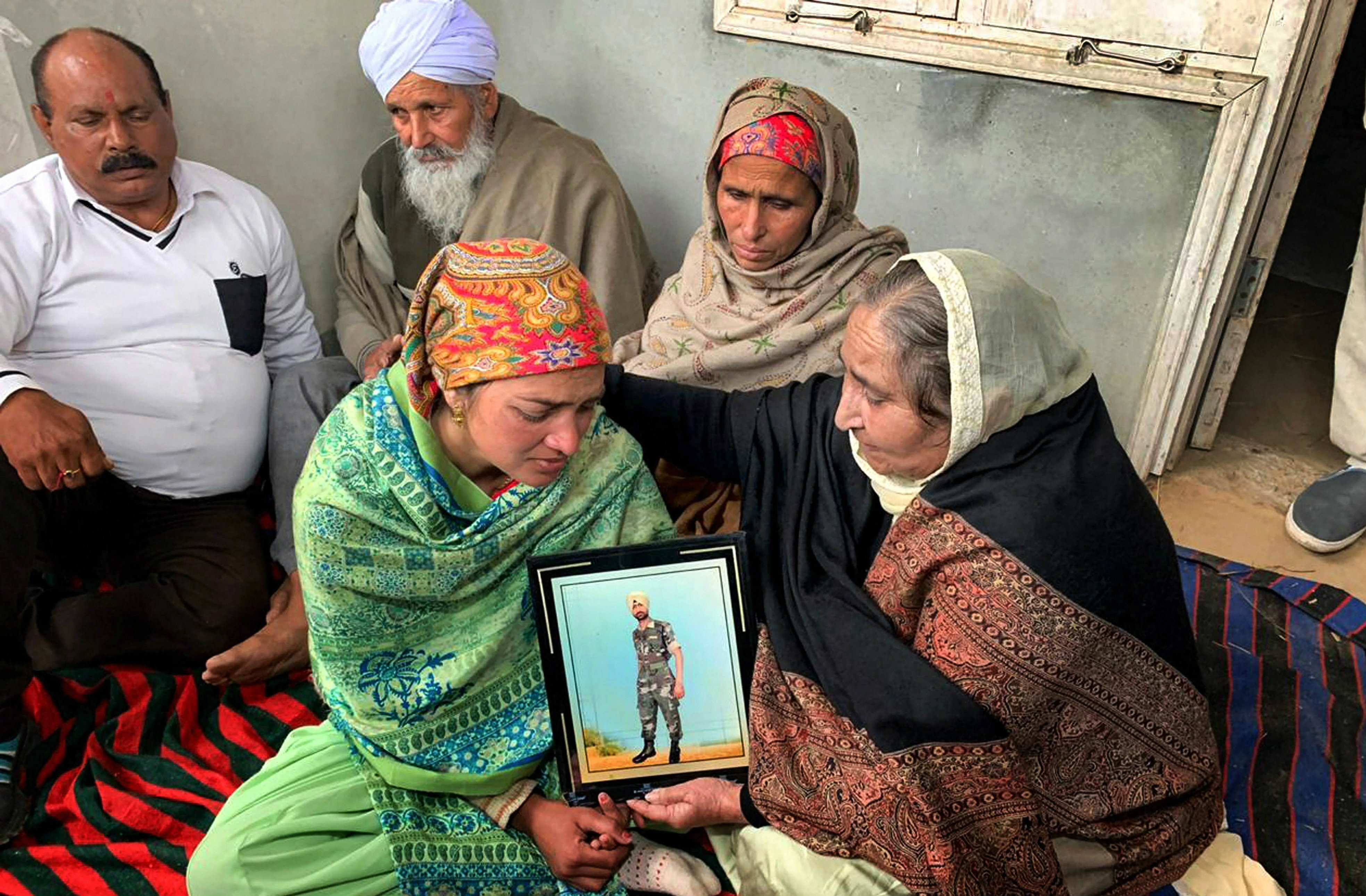 The political establishment has displayed remarkable bipartisan unity in the wake of the worst terror attack in Kashmir but some questions have begun to rise from those most entitled to demand answers.

“I want to ask the government: should we wait for the news of the deaths of our children if we send them to join the forces?” Pyare Lal said in Unnao, breaking down and mourning his son Ajit Kumar, 35. “I had not heard of an attack of this magnitude after the Kargil War of 1999.”

Unnao is in Uttar Pradesh, the state that lost the highest number of CRPF jawans in the Pulwama attack. Two troopers from Bengal were among the dead.

In Uttar Pradesh’s Chandauli district, Shilpi Yadav, the wife of Awadhesh Kumar Yadav who was among those killed, said: “There is something grossly wrong if our soldiers are being killed so easily in a state of our own country. It looks like our soldiers have been left at the mercy of the killers.” The couple have a three-year-old son.

BJP workers in the area were watching the tax-free film Uri, based on the 2016 surgical strikes, when news came in that Awadhesh had been killed.

Suresha Devi, the mother of Pradeep Kumar, 37, told reporters in Shamli district: “My son was a soldier, doing his job for the last 12 years. He was nobody’s enemy. The country appears incapable of protecting its sons.”

Pradeep’s father Jagdish Prasad said: “My son was a brave soldier. The government makes tall claims and (it) sacrificed our children.”

During a meeting of officials of the Intelligence Bureau and the Research and Analysis Wing on Friday, some referred to lapses on the part of multiple security agencies operating in Jammu and Kashmir for failing to provide any “actionable intelligence”.

“There are so many unanswered questions which point to complete intelligence failure and breach of SOP,” a home ministry official told The Telegraph.

Sources said choppers were sought to ferry the personnel stuck in bad weather but permission was not granted. It is not clear whether the purported denial was linked to safety concerns as choppers can be risky in inclement weather. Besides, the number of troops was high.

One official said Jammu and Kashmir police had on February 8 issued an alert to the CRPF: “Before occupying your place of deployment please sanitise the area properly as there are inputs of use of IEDs (improvised explosive devices). Matter most urgent.”

The official added: “Such inputs are normal in Kashmir. What is astonishing is that security agencies did not act on it.”