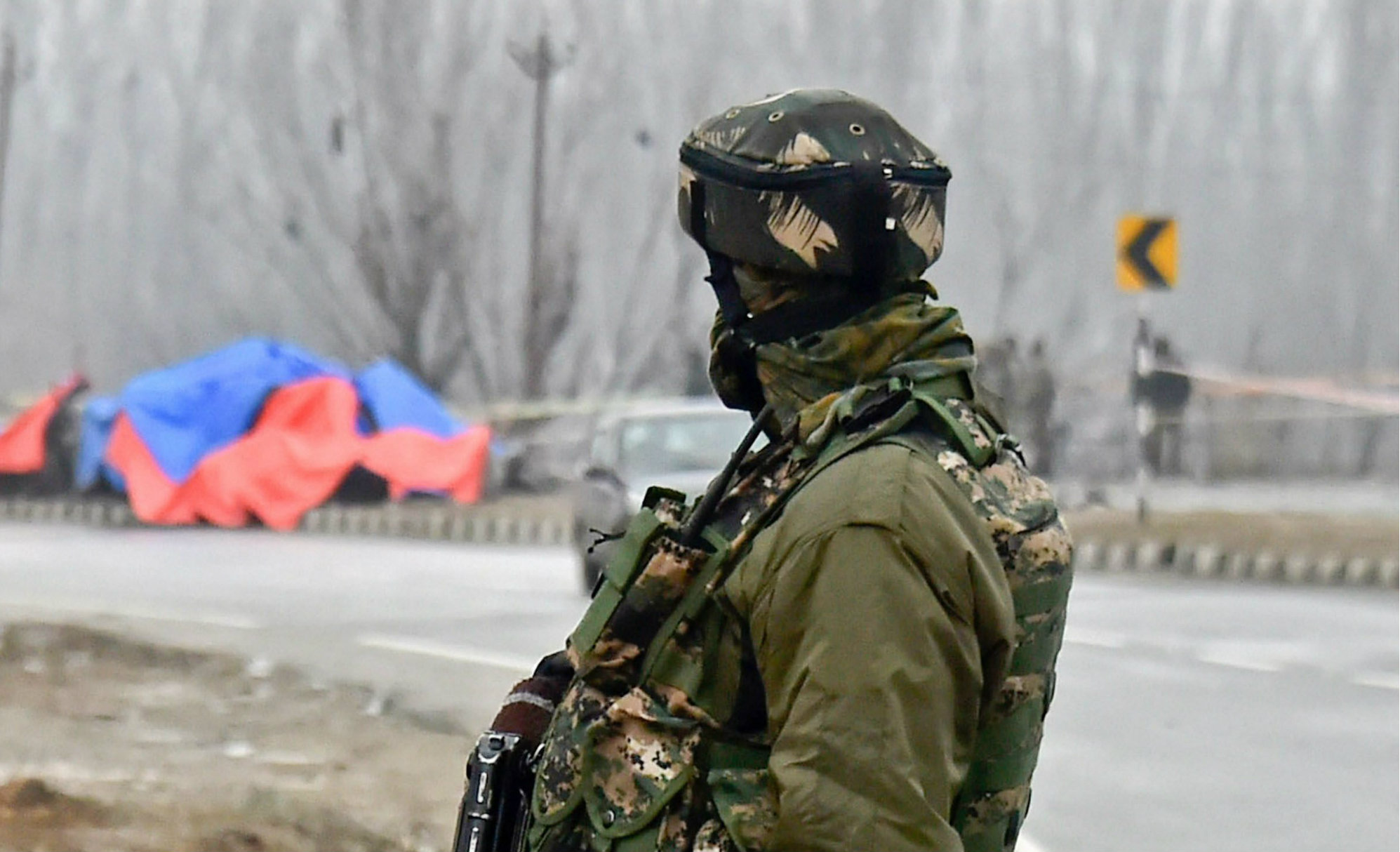 Anger has overtaken grief as the family of Bablu Santra tries to come to terms with his death in the horrific suicide bombing of a CRPF contingent in Jammu and Kashmir on Thursday.

Santra is survived by his wife, a four-year-old daughter and mother, the martyred jawan's nephew Raghubir Mondal said on Friday after receiving the news of his death from CRPF authorities by phone.

As continual wails of Santra's wife and mother broke the eerie silence of his home, other members of the family and friends said they wanted those dead in the brazen terror attack avenged.

'We want the killing of Mama and others who died with him avenged. Those behind the cowardly attack must be taught a lesson they don't forget,' said Mondal, whom his uncle often encouraged to join the force to serve the nation.

He said Santra had asked him to prepare for the test to join the central paramilitary force when he came home on leave a month-and-a-half ago.

Mondal said the family first received a phone call from the CRPF that Santra had been injured in the attack. The 38-year-old jawan succumbed hours later.

Hailing from Chakkashi Rajbangshipara village of Howrah district of West Bengal, Santra had joined the CRPF in 2000 when he was a first-year student at Uluberia College, his nephew said.

Before that, he made a living selling fish. 'Mama was a very hard working person. He sold fish when he was a student to support his family after my grandfather's death,' said Mondal.

Santra wanted to spend time with his family and start a business after his retirement in about a year, Mondal said.

But that was not to be.